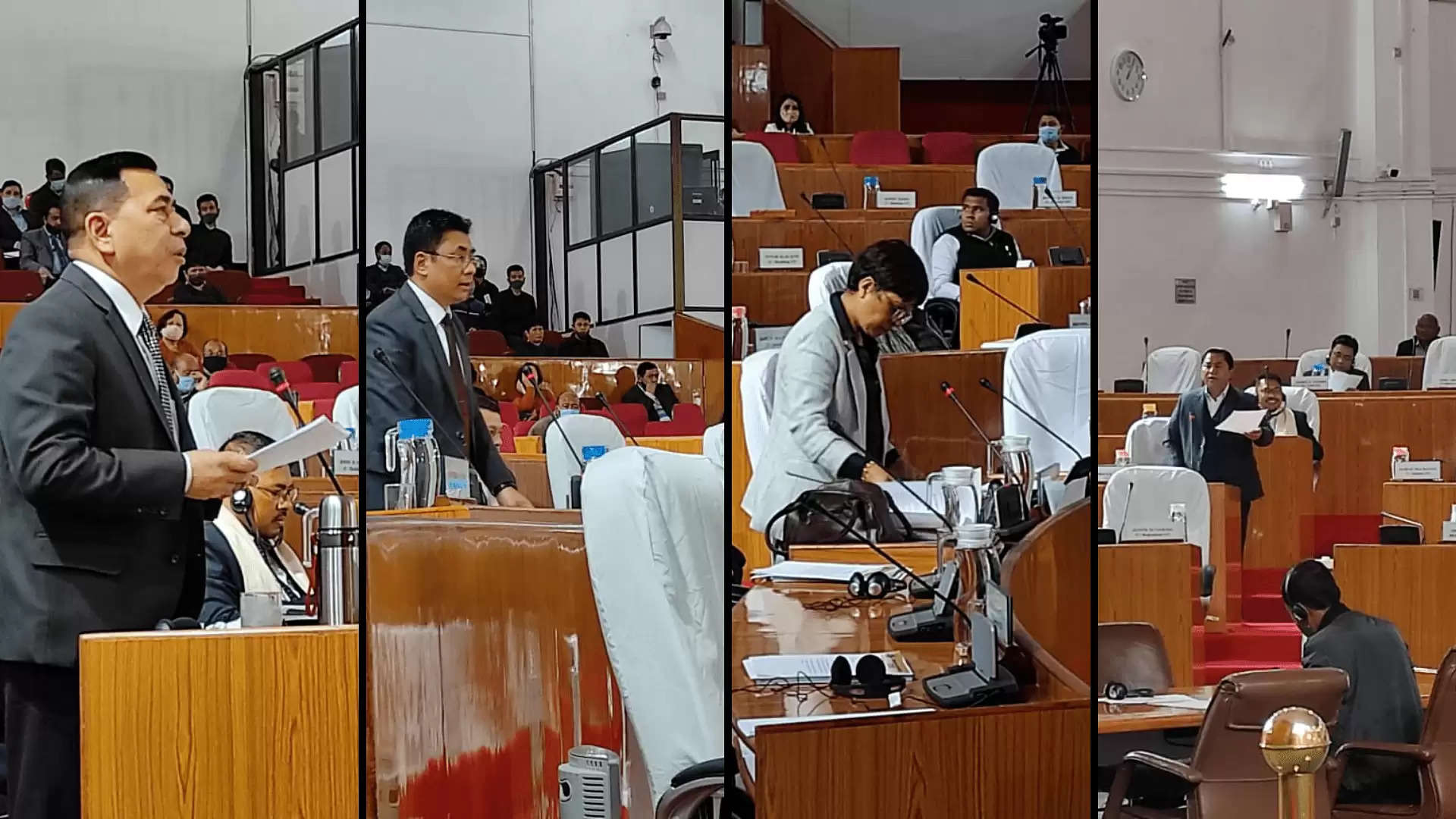 The Opposition bench of the Meghalaya Legislative Assembly moved a motion to amend the Governor’s speech during the ongoing budget session here on Monday.

Referring to the interstate boundary disputes between Meghalaya and Assam, Sawkmie said there is a need to set up more police stations along the border areas while claiming that Assam police are more active than their counterpart in Meghalaya.

Referring to the recent decision taken by the government to provide 95 per cent reimbursement for IAS officers serving in Meghalaya, the Congress legislator said that though this is a good gesture, the timing is “wrong” since the state is crippled by the financial crisis.

While appreciating the government’s effort to tackle the COVID-19 pandemic in 2020, Sawkmie, however, pointed out that the journalists who are also front-liners were being side-lined by the government.

“I urge the Chief Minister to provide incentives for the working journalists,” he said.

He also raised the issue relating to load shedding in the state and sought clarification from the government on the requirement to pay the pending dues to the National Thermal Power Corporation of India (NTPC) despite the fact that the State is not drawing power from the Bongaigaon Thermal Power Plant.

Last week, Power Minister James PK Sangma had mentioned that since Meghalaya is a signatory to the Power Purchase Agreement (PPA), signed in 2007, the State have to pay the fixed charges which have accumulated over the years.

Sawkmie also raised issues pertaining to petrol and diesel price hike, confusion over the installation of smart meters, hunger strike staged by contractual teachers, the plight of local contractors, need for two more medical colleges in Ri Bhoi and Jaintia Hills, completion of Mawlai bypass, need to make COVID vaccine free of cost for the citizens of the state.

Supporting to motion, Mawsynram MLA HM Shangpliang said the Governor failed to highlight issues concerning the welfare of the people of the State. “The speech was silent on the status of the Inner Line Permit,” he said.

"The Governor's speech did not mention the steps taken by the government for the welfare of the teachers," said Shangpliang, while appreciating the Governor's suggestion to the Chief Minister to consider accommodation for contractual teachers, who are on an indefinite hunger strike since last week at Malki ground in Shillong.

"There is also no mention in the Governor's address on a report of the Meghalaya Aquaculture Mission," stated Shangpliang, while requesting the government to provide an accurate and latest report concerning the mission.

In the Power sector, Shangpliang pointed out that the Governor's speech did not cover the status of rural electrification. “How many houses are electrified in the state in both rural and urban areas?" questioned Shangpliang.

Umroi legislator George Lyngdoh extended a Happy International Women's Day to all women in the State while hoping that empowerment will “actually” come true for women.

However, while the world celebrates this special day, it is unfortunate to witness the “grim” situation of women in the state considering the rise in crime against women and children, Lyngdoh said.

"Our women and children are not free and there is an observation that there is a very week approach from the Home Department to sensitise people on POCSO (Protection of Children from Sexual Offences) Act," said the Umroi MLA.

Lyngdoh stressed the need to spread awareness to sensitise men and young adults to reduce the crime rate.

The Congress legislator also sought answers on the progress of various cases like the mob attack on RTI activist Agnes Kharshiing and Anita Sangma, the Them Mawlong (Punjabi Lane) issue, the death of Lurshai Hynniewta at Ichamati during the anti-CAA protest, and the Umoid incident in South West Khasi Hills where construction workers were attacked.

East Shillong MLA Ampareen Lyngdoh also stood up to support the motion and suggested the formation of an Interstate Border Commission to resolve the interstate boundary disputes between Assam and Meghalaya.

"If left to the wisdom of the leaders, the problems will remain unresolved,” Lyngdoh said, adding that there is a need to amend the Governor’s address and to insert a recommendation for the formation of the Interstate Border Commission.

The debate was cut short due to paucity of time. Speaker Metbah Lyngdoh adjourned the House for the day and scheduled further debate on the Governor's address on March 10.