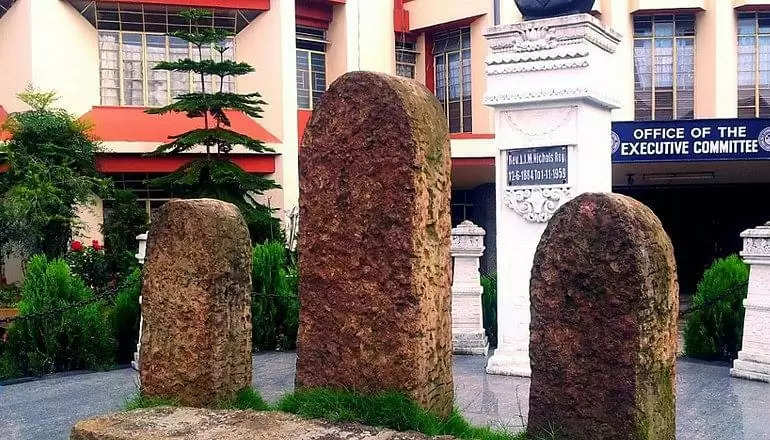 The 15th Finance Commission has sanctioned an amount of Rs 192 crore for the 2019-20. But the first installment is Rs 91 crore. He said that the full amount of Rs 91 crore has not yet been released and Rs 20 crore is remaining which is a tied scheme.

“The Ministry has delayed in releasing the fund till date,” he said.

To a question on markets under the jurisdiction of the KHADC, Chyne said that the people have to follow the SOPs and warned of shutting down the market if there is no cooperation.

He said, “People will not be allowed to enter the markets without masks. If we see there is a breach of SOPs, we will have to depute enforcement personnel to monitor the situation. If people do not cooperate, we will have to shut down the market.”

Chyne said that the Council will write to the Deputy Commissioner to set up vaccination centers for the MDCs and its staff.

The EC has appealed to the traditional heads to urge residents to get themselves vaccinated.

“We have discussed in the meeting yesterday with the state government to not go for lockdown as it will affect the livelihood of the public. We have asked the people to be vigilant and to prevent the spread of the virus by adhering to SOPs,” he said.

The EC has also decided to allow visitors only on Tuesday and Thursday and people have to seek prior permission before meeting the MDCs or CEM.

The EC has also gone ahead with the rotation system and the employees’ attendance will be reduced to 35 per cent while officers are to attend on a 100 per cent basis.

The EC has also discussed changing the marriage certificate forms as per the Indian Christian Marriage Act, 1872. He said that the EC has approved a new certificate and pertaining to issuing new certificate; the EC has decided to form a special committee which will include legal advisors, special secretary.

Chyne also said that the EC has approved the appointment of three new Magistrates.