Meghalaya has to do better in all spheres of life: HSPDP

“We are not lacking behind in development if we compare the state with other parts of North East barring Assam, I dare say that Meghalaya is one of the best as I have travelled to most northeastern states,” he said. 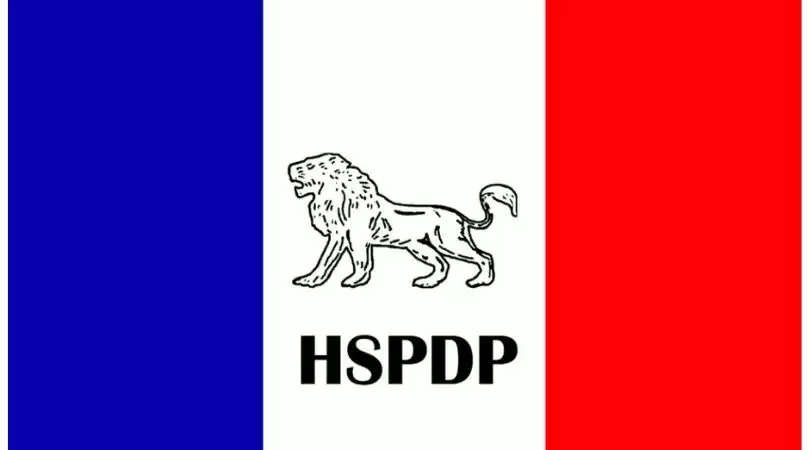 The general secretary of the Hill State People’s Democratic Party (HSPDP), Renikton Lyngdoh Tongkhar, on Saturday said that as Meghalaya prepares to celebrate 50 years of statehood in 2022, the reality of the situation is that the state has lots to work on and to do better in all spheres of life.
“We are not lacking behind in development if we compare the state with other parts of North East barring Assam, I dare say that Meghalaya is one of the best as I have travelled to most northeastern states,” he said.
We may note that the 55-year-old party has been demanding a solution to the inter-state border dispute as seen in the party’s manifesto as well.
“Opting for a give and take policy would be a better solution to solve the border dispute,” Tongkhar said.
As attempts to resolve the border dispute still eludes the state, Tongkhar said, “If we see that the solution is by give and take policy, we may follow that if we have no other option to solve the border dispute.”
“Let us wait for the new government in Assam, and most probably we will take a call and meet at the Chief Minister’s level to discuss the issue”.
The HSPDP general secretary also expressed dismay regarding residents who possess dual EPIC.
“We are so much against this. Our president is most affected by the dual votes. One should decide whether one wants to be in Meghalaya or Assam. It is unfair that people in the border are enjoying dual epic,” he said.
Mawryngkneng by-polls
On being asked to give his thoughts on the Mawryngkneng by-polls, Tongkhar said the party has no plan to contest the polls but is still scouting for suitable candidates.
Speaking to reporters, he said, “The dates for the election have not been announced yet, but we will see if there are any suitable candidates, so I will not say that we have closed the door. But till now, we have no plans”.
He also recalled when the HSPDP won the Sohryngkham Khasi Hills Autonomous District Council (KHADC) election when Pyniaid Sing Syiem contested the elections.
“Syiem, however, defected to the NPP,” he said.