Responding to the statement of the Chief Minister that the process of taking over the land at Sweeper's Colony at Them Iew Mawlong will be completed within a week, Singh said that they will not allow any illegal, unlawful, unethical and unjust action by the Meghalaya government on the community. 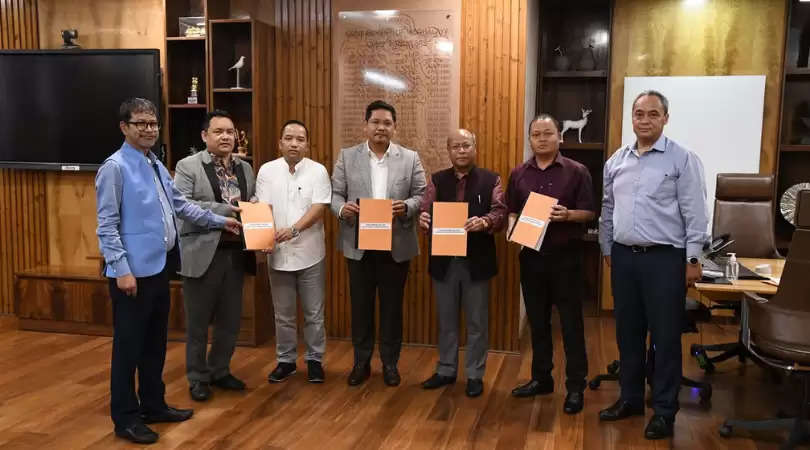 The Harijan Panchayat Committee (HPC) has rejected the state government's High Level Committee (HLC) report on the relocation of the residents of the Sweeper's Colony, stating that the report has no basis.

Informing this, HPC secretary Gurjit Singh over a statement on Friday said, "We will fight tooth and nail and stop all illegal acts of the Meghalaya government."

Singh also warned, "The matter is sub-judice in the Supreme Court of India and the Meghalaya government would be committing a breach of procedures if it insists on going ahead with its illegal plans."

Adding that the current residents are the legitimate owners of the so-called disputed 2.5 acres of land, Singh said, “It was gifted to our ancestors by the tribal chief Syiem of Hima Mylliem. No one else has the right to this land."

Responding to the statement of the Chief Minister that the process of taking over the land at Sweeper's Colony at Them Iew Mawlong will be completed within a week, Singh said that they will not allow any illegal, unlawful, unethical and unjust action by the Meghalaya government on the community.

Singh further categorically stated, "The present Syiem of Hima Mylliem is being pressured by granting him ownership of a large chunk of the land. Under local laws too, he too has no authority to retake back a gift given by his predecessors."

He said that the tripartite agreement between the Syiem of Hima Mylliem, Urban Affairs, and the Shillong Municipal Board has no legal locus-standi and is patently illegal.

The HPC secretary also said that the first the government tried to browbeat us by letting anti-social elements attack our homes in 2018. Now after failing in court, the government is again using strong-arm tactics. Even government employees cannot be forcefully shifted to another location.

The so-called HLC was headed by Deputy Chief Minister Prestone Tynsong, who throughout has been biased against the poor Sikh residents of the area. The recommendations of the cabinet are to be consigned to the dustbin as they are patently illegal, he said.

Singh also alleged that the cabinet has failed to appreciate the genesis of the case, which is that poor Sikhs, who have served their state are now being made victims of forcible eviction under the pressure of land mafia and for the simple reason that the then inaccessible area is now prime property.

"We fail to understand why is the government in such a hurry when a status quo has been ordered by the Meghalaya High Court at Shillong on April 9, after a series of litigations," he said.

Singh further said that the Chief Minister after a meeting of his cabinet, has stated that his government, through the Urban Affairs ministry will complete the process of taking over of land within a week.

"In view of the order of Justice Sen of the Meghalaya High Court of February 15, 2019, saying that the title deed of the Punjabi Colony has to be settled by filing a title suit and not through any unilateral decision of the Meghalaya government," he said.