He said that the MeECL has been paying the different power generation companies on a regular basis but, it has more to do with the power dues. 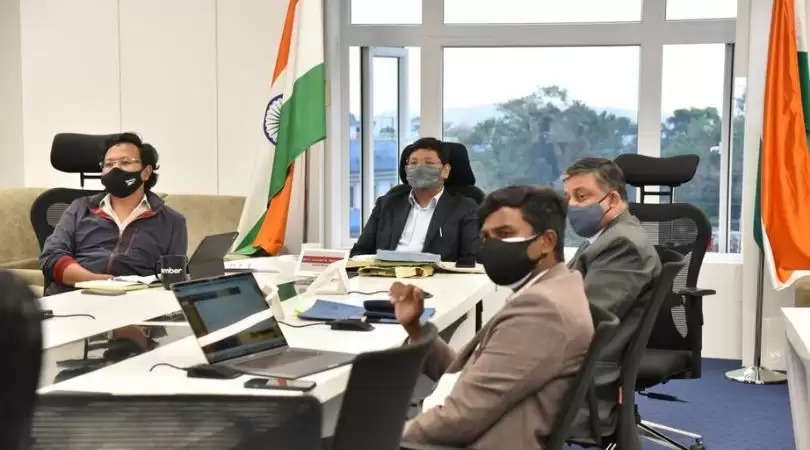 Meghalaya Chief Minister Conrad K Sangma, on Thursday, said the state government would be moving with the Centre in availing the second tranche of the Atma Nirbhar Abhiyan loan and was hopeful to resolve the issues of the Meghalaya Energy Corporation Limited (MeECL).

“After pressure from different generation companies, we have gone ahead with the Atma Nirbhar Abhiyan loan. The first tranche has been released and, we are working towards getting the second tranche which requires a few more decisions to be made. (An amount of) Rs 600 crore plus (is allotted) in each tranche. So, we will be getting another Rs 600 crores," Sangma said.

He said that the MeECL has been paying the different power generation companies on a regular basis but, it has more to do with the power dues.

Sangma went on to say that the pressure of clearing all the dues built up in the last 10-15 years fell on these two to three months for which the present state government has to clear.

The CM added that the National Thermal Power Corporation of India (NTPC) and North Eastern Electric Power Corporation Limited (NEEPCO) had asked the state government to clear the entire liabilities of the past 15 years.

“We are talking about Rs 1300 crore being paid in a matter of two months. So you can imagine the pressure being put on MeECL, which to some extent is also unreasonable," Sangma said.

Stating that the government was able to overcome the challenge, he said that the pressure was on the present government in these two months to clear all the dues of the last 15 years, "but the government is hopeful to completing the entire process."

Sangma stated that the state has managed to clear 50 per cent of the dues and, "We are hopeful that in the next few days and weeks, we will be able to (clear) the rest also."

To a question on whether the government would resort to load shedding, the chief minister said that the government is exploring opportunities to manage the situation better.

“April is always the period where we face this kind of situation (load shedding) but, we realise that if we were to rationalise the power usage, then maybe throughout the year we could do a much more balancing act rather than eight to nine hours of load shedding."

"... all these are being examined. We have not taken any decision as yet but, we are exploring all possibilities," Sangma added.

The chief minister said that the government needs to go for strict measures to streamline the functioning of MeECL as much dues need to be cleared.

“Some stern measures will be taken up for which a roadmap is being prepared but, we are exploring the possibilities (that) are there to stabilise MeECL," he said.

Asked about recoveries from consumers, he said that close to Rs 70 crore have been recovered.

“There are certain consumers who have been not very clear with MeECL. Some cases have come up in certain parts of Shillong where domestic lines were being used for commercial (purposes), there are cases where some consumers have 20-30 connections and all these irregularities are there in MeECL which we are trying to resolve," he said.

Sangma was hopeful that in the coming days, the MeECL would be transformed into a financially stronger organisation.

“This is very serious. We will take strict measures to ensure that these things do not happen in future”, Sangma said.