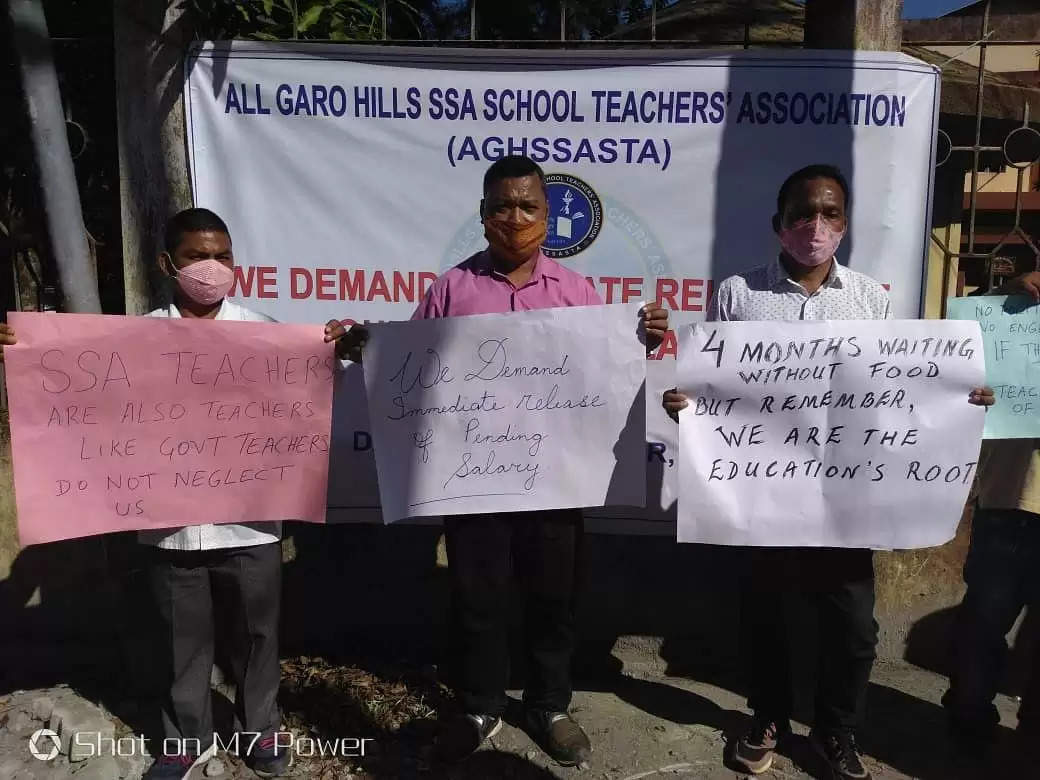 Teachers under the banner of the All Garo Hills SSA School Teachers’ Association (AGHSSASTA) held a sit-in demonstration in front of the secretariat office at Dakopgre locality in Tura after they were denied their salaries for the past four months.

The protest comes in the wake of various reminders to the education department and the state over their salaries not being given to them over the past four months. Their salaries have been unpaid since July this year.

The opposition today also raised the matter of their salaries in the Assembly, where it was pointed out that only in the state of Meghalaya, salaries of SSA teachers were pending.

The protesting teachers later sent another reminder to the Chief Minister, Conrad Sangma, through the Deputy Commissioner of West Garo Hills seeking their dues.

“This has caused us extreme hardships, physically, emotionally, economically and mentally as we could not meet our financial needs for our family and our children,” said in the release by the teachers.

The teachers lamented that the salaries have been on hold even during the time of the pandemic when their struggle for a meaningful life was as bad if not worse than that of the others.

“In other states, SSA teachers have been paid regularly, but with Meghalaya SSA teachers, we have to build the nation while carrying empty stomachs. This is beyond our ability and capacity,” they added.

The teachers added that if the situation continued, and the government failed to clear their dues, most SSA schools would have single-digit enrollments which, according to the new policy, would mean shutting these schools down.