James said that the monocropping nature of palm oil cultivation is a threat to the biodiversity of Meghalaya, which lies in an eco-sensitive region and is, therefore, delicate. 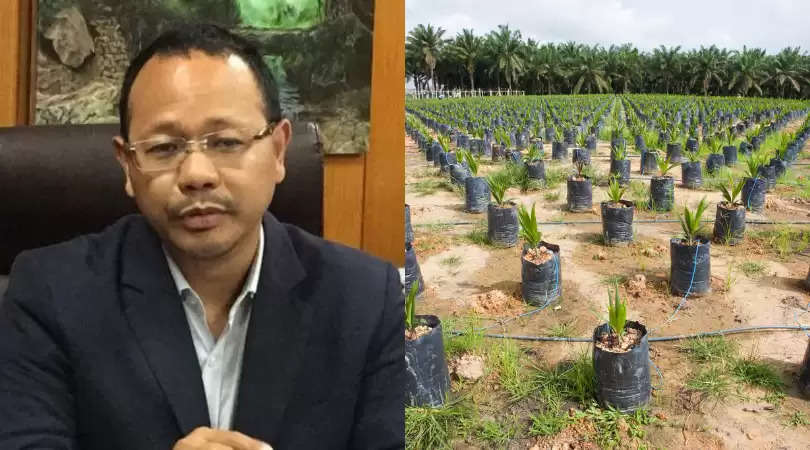 Meghalaya minister in-charge of Environment and Forest, James K. Sangma on Monday, opposed palm oil plantations in the state, expressing concern towards the harms that the plantations could bring to the state’s dense forest cover vis-à-vis the environment.

James said that the monocropping nature of palm oil cultivation is a threat to the biodiversity of Meghalaya, which lies in an eco-sensitive region and is, therefore, delicate.

This month, the Centre approved Rs 11,040 crore National Mission on Edible Oil-Oil Palm (NMEO-OP) to reduce India's import reliance on Malaysia and Indonesia and pave the way for self-reliance.

In the recent statement, James said that he would take up the matter for reconsideration with the union Forest and Environment ministry as well as Chief Minister Conrad Sangma, who, on the contrary, has welcomed the move of palm oil cultivation.

India is the largest importer of palm oil. With the recent push of the Centre, Meghalaya became one of the twelve surveyed states - Arunachal Pradesh, Assam, Meghalaya, Mizoram, Nagaland, and Tripura with endemic hotspots and concentrated by tribal communities - where about 218,000 hectares of land is earmarked for palm oil plantations.

Members of the civil society and environmentalists alike have put out warning signs for the Northeast, highlighting that countries, including Malaysia and Indonesia, have previously lost more than 25 percent of their forest cover due to such plantations.

Earlier, Agatha Sangma, a member of parliament (MP) from Tura constituency, had also raised concerns with regards to the palm oil plantations and wrote a letter to Prime Minister Narendra Modi on the same.

In the letter, Agatha highlighted that bringing palm oil plantations to the “biodiversity hotspots and ecologically fragile” areas of Meghalaya would adversely alter the forest cover and would pose a threat to the habitat of endangered wildlife.

She also highlighted the pattern of community land ownership and that the plantations could strip the tribal people of their identity, strongly linked with property rights. It could “wreak havoc on the social fabric,” she wrote.

ALSO READ: The Centre’s Oil Palm push is a slippery slope for Meghalaya