This came after the Congress had suffered a big blow following desertion by 12 MLAs led by former chief minister Mukul Sangma, who recently joined the All India Trinamool Congress (AITC). 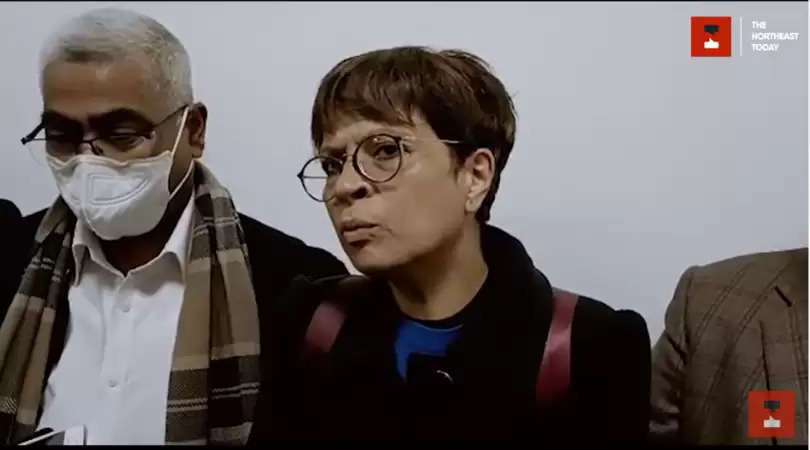 This came after the Congress had suffered a big blow following desertion by 12 MLAs led by former chief minister Mukul Sangma, who recently joined the All India Trinamool Congress (AITC).

Announcing their decision after a meeting with Chief Minister Conrad K Sangma, Congress Legislature Party (CLP) leader Ampareen Lyngdoh said, “We have offered the chief minister our dedicated support on several aspects of governance which needs our attention,” while adding that political maneuvering between parties will always be disadvantageous to the public.

Lyngdoh, while deliberating on the move, also highlighted the few issues which the Congress is willing to partner with the state government, including all important agendas that will attend to the needs of the people of Meghalaya.

“(These include) discussion on a probable or maybe no recurrence of COVID. We also thought that we should partner with the government to find a concerted solution to matters of salaries of teachers and other categories of staff that continue to come as a main pain of contention in public spheres,” she said.

“We also feel that together we can look at how the CLP can partner with the government to address the delays of the ILP…and we can be rest assured that there will be no more societal unrest because of the issue of ILP,” she further stated while also mentioning about protests on Citizenship Amendment Act (CAA).

She said that the decision was also taken after seeing the hardships faced by the people of the state due to the ongoing pandemic. She cited that there are too many families that are still unable to find livelihoods, the whole concern about education and children being made to go to classroom situations to attempt an entire course evaluation etc.

Lyngdoh said the decision was also to tell the people of Meghalaya that the Congress today will not be a hostile party.

“(It is telling the people that) the Congress today will not be a party which is going to be maneuvering only around its own politics but will be a party that will utilize far greater services that will go deeper and benefit the public in the long run over the remaining part of this tenure of the State Legislative Assembly,” she asserted.

Speaking on the interstate boundary issue, the CLP leader said the delegation of Congress legislators had expressed regrets that the communication with regards to the meeting on border talks for some reasons did not reach their office.

She, however, informed that the chief minister had assured them that he would be calling for another round of interstate border talks where the Congress and the members of the CLP will be active participants in these dialogues and discussions.

When asked about the identity of the Congress after today’s decision, Lyngdoh responded by saying that “We remain as an independent lobby in the opposition. We now have our own mind, our own agenda, and our own focus.”

She further stated that the Congress is not going to be indulging in unhealthy politics with any member or any lobby in the Assembly. “We have our own mind and nobody can claim that they have power over us but that does not mean we should not look at an opportunity of the new face of the Congress that will be able to rally on behalf of the public,” she added.

Whether there is any possibility of a pre-poll alliance between the Congress and NPP in the upcoming 2023 Assembly polls, the CLP leader however said, “We do not want to preempt or to provide a narrative which is untrue and irrelevant to politics.”

“We are very clear that our system needs to regroup itself. We need to build bridges and bring down all these walls that made Congress look like it is the government’s worst enemy, very simple. That is the politics that is going to be very simple, that is the politics which is going to be very constructive and I do not think it would not be acceptable to our supporters,” she concluded.