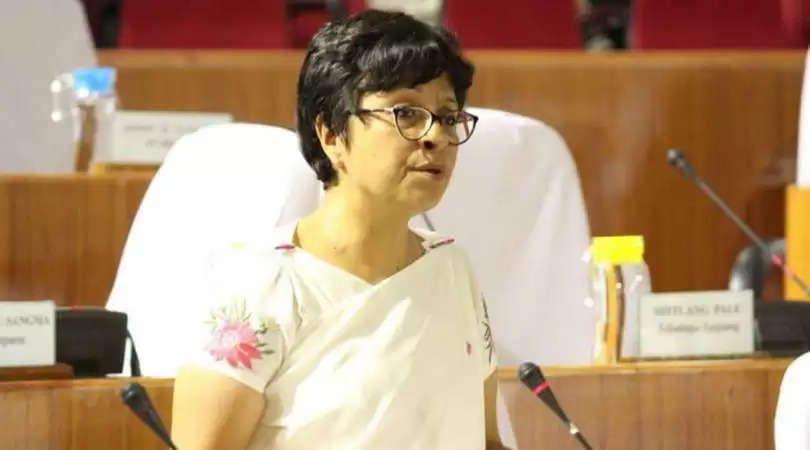 The Opposition Congress today demanded that the NPP led MDA Government should come out straight if the Inner Line Permit (ILP) is going to be implemented in the State.

"The government of this day had again reopened that huge pandora box by bringing a resolution last year to pursue the demand for implementation of ILP in the State. This was done with one intention of accusing the Congress of doing nothing. The ball now is with the MDA Government to fulfil what they have assured to the people of the State," senior Congress leader, Ampareen Lyngdoh told reporters here today.

According to the Congress legislator, the demand for implementation of ILP is almost as old as the state since there was great fear in the minds of the people that there would be this overwhelming entry of individuals from outside and this would compromise the interest of the local indigenous population.

Stating that this demand for implementation of ILP was never sorted out, he said that several governments in the past had actually attempted to send requests to the Government of India on the need to implement the Eastern Bengal Frontier Regulation Act, 1873 in the State.

Ampareen who is an MLA of the party from East Shillong pointed out that there were times when state governments in the past were told that this ILP demand would unnecessarily cause a lot of inconvenience to the other citizens.

Stating that the Centre was reluctant in implementing the ILP in the State, Ampareen recalled that the Congress-led Government in 2014 had held several consultations with stakeholders on the need to come up comprehensive own State legislation to deal with the issue of influx and entry of illegal immigrants.

"After detailed deliberations, we manage to come up with the Meghalaya Residents Safety and Security Act (MRSSA), 2016. This legislation paves way for the setting up the entry and exit points at various locations across the State which were vulnerable," the senior Congress leader said.

She further stated that as a party, they had come to terms that the Centre would not grant ILP to the State.

The present incumbent Government then accused the Congress of doing nothing to pursue the aspirations of the people, she said that they had supported the resolution brought by the Government.

Pointing out what is more disappointing is that the Centre had actually allowed and permitted the implementation of ILP on Manipur following the fallout of the protest over the CAB now CAA, the senior Congress leader said that the Centre, on the other hand, is not granting the people of Meghalaya to have protection through the same Act.

Lashing out at the NPP led MDA Government, she said that they are still lingering with the ILP and at the same refusing to make the MRSSA fully operational.

"The Government in the recently held assembly session that even the MRSSA in its current form has been objected from the Governor. Now, what are those issues which continue to be unanswered. What are these points of contention that continued to disallow the MRSSA to be operational," the senior Congress leader said.

At this point of time we cannot afford any kind of unrest in the state. We are financially in a very pathetic situation and the entire nation has gone back to a financial recession which again indicates that livelihoods are almost zero. We are now in a state where survival has become a big challenge in the state of Meghalaya," the senior Congress leader added.