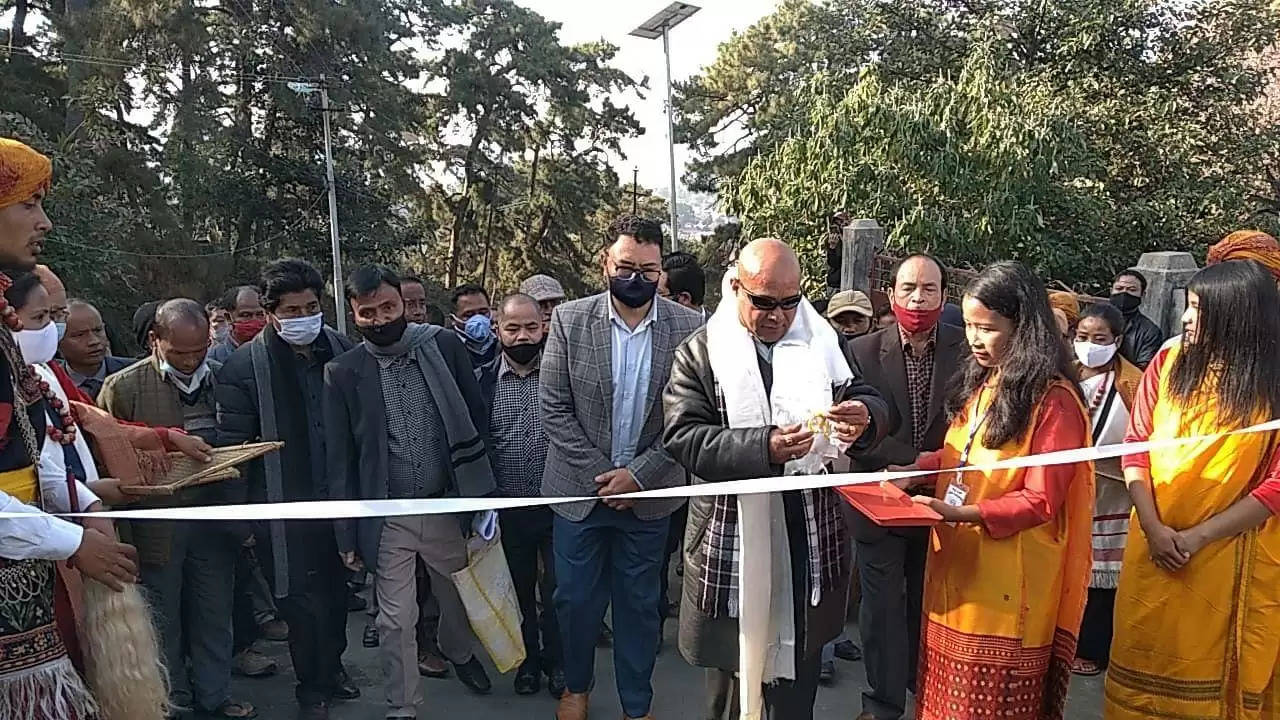 A 380-meter road connecting Jackson Trace road via Muslim and Seng Khasi graveyard up to Upper Lumparing was opened in Shillong on December 18.

Constructed at an estimated cost of ₹ 3.93 crore, under the sitting local MLA Sanbor Shullai, the village dorbar has named it after the MLA as Sanbor Shullai or SS Road.

His intervention is said to have made this road become a reality.

Speaking after inaugurating the road project, Shullai said, “This road has been a long pending demand of the people for the past 40 years, and has finally fructified because of the cooperation of everyone.”

Reportedly, the Public Works Department implemented the road project after the Seng Khasi Raid Laban and Muslim Kabristan Committee gave away a portion of their graveyard to facilitate the construction of the road in the interest of the people of the area.

The local MLA also expressed his gratefulness to the Seng Khasi Raid Laban and Muslim Kabristan Committee for providing land for this road project free of cost.