"As the Opposition, we wanted the response of the government on the issue. But we found that the government was trying to stonewall the discussion," Dr Mukul Sangma said. 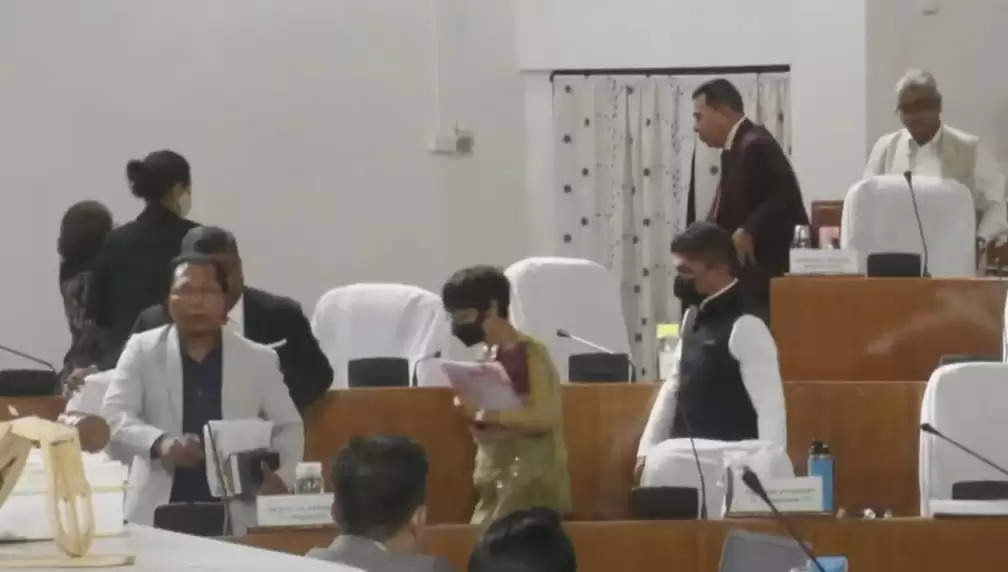 Dramatic scenes unfolded on the fourth day of the ongoing Autumn Session in the Meghalaya Assembly as members of Congress staged a walkout after the Speaker disallowed a discussion on demand of suspension of the police officials allegedly involved in the Cheristerfield encounter, on Wednesday.

Speaking to reporters, the leader of the Opposition Dr Mukul Sangma said that the walkout was to express their anguish and lack of confidence in the Meghalaya Democratic Alliance (MDA) government. The members were also heard shouting slogans – "Down down MDA, Down down Lahkmen Rymbui" – as they walked out through the corridor of the Assembly.

"As the Opposition, we wanted the response of the government on the issue. But we found that the government was trying to stonewall the discussion," Sangma said.

"There is a need to ensure that the inquiry is carried out under the relevant provisions of the rule; for a judicial inquiry must be free from any external influence and that includes senior officials. That is the reason why the people have been demanding the suspension and we only represent people," the Congress leader added.

He also alleged that instances such as the Cheristerfield encounter are threatening to peace and harmony of the state and "the present government does not have its priorities set to address the concern."

Referring to the gunning down of a youth with sophisticated weapons in the suburbs of Tura on Tuesday night, Mukul said he has been expressing concerns about the regrouping of militant outfits in the Garo Hills for a long time. "I have been warning the government and sounding the alarm bell since 2019. There is a reason for the government to wake up from deep slumber," said Sangma.