Meanwhile, Chief Minister Conrad K Sangma asserted that action against the police personnel will be initiated only after the Judicial Inquiry Committee submits its report. 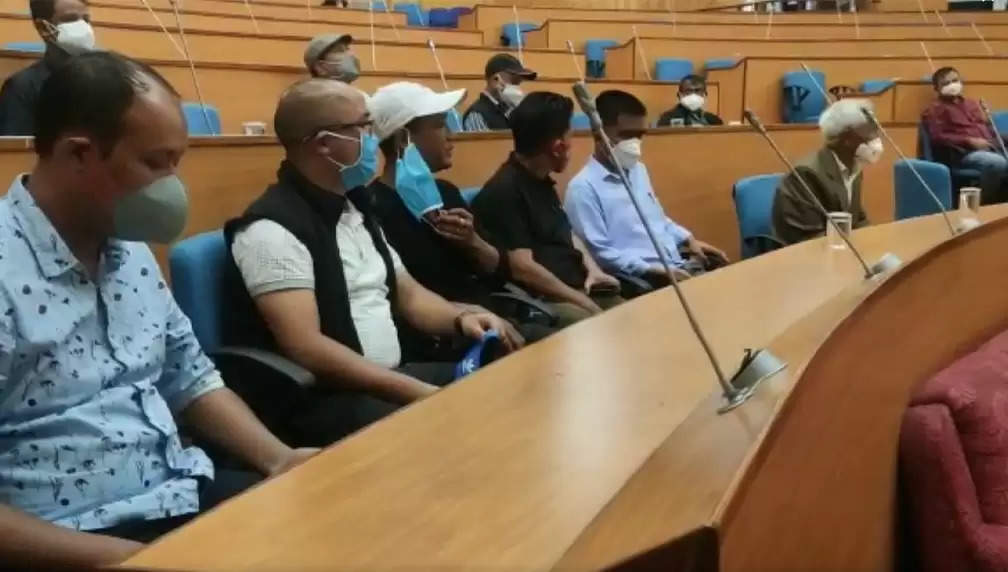 The “Voice of Mawlai people”, a conglomeration of 10 local organisations,  on Wednesday has asked the Meghalaya government to suspend the two senior police officials who led the Cherish S encounter on August 13 within a week.

“We will take part in the Peace Committee only after the government suspends the top police officials – East Khasi Hills Superintendent of Police (City) and East Jaintia Hills SP and we have given the government a deadline of seven days to do it,” said the general secretary of Seng Samla Mawlai Pyllun Samran Sing Syiem, after a meeting with the Chief Minister at the Secretariat on Wednesday.

Syiem said the meeting with the CM, the deputy chief minister, and the chief secretary today was “unsatisfactory” and “disappointing” as the “government failed to give us any assurances”.

Meanwhile, Chief Minister Conrad K Sangma asserted that action against the police personnel will be initiated only after the Judicial Inquiry Committee submits its report. “The judicial inquiry committee will look into the details that took place on August 13 and it will be given the freedom to carry out the inquiry,” Sangma said

The Judicial Inquiry will be headed by a retired High Court Judge and chairman of the Meghalaya Human Rights Commission, Justice T. Vaphei.

To the demand of shifting of the Central Reserve Police Force (CRPF) camp from Mawlai Nongkwar within three months, the CM reiterated that the step to shift the camp to a permanent location is already under process.

Meanwhile, the general secretary of the Mawlai Mawroh Dorbar Shnong, Marbud Dkhar has come down heavily on social media users from outside the state for branding Mawlai as “communal”, “terrorists” and “Taliban”.

“Social media users should get their facts straight before making any comments and branding Mawlai as Taliban,” Dkhar said, adding that the August 15 incident of youths brandishing weapons was because of the “failure of the state government and the police that led to a breach of trust”.

Syiem further added that the “Voice of Mawlai People” is against any form of terrorism – be it an act performed by an individual, any terror group, or by people from the department of law and order.

The local organisations have also asked the state government to take the local headmen into confidence before conducting any raid or operation in the future to prevent loss of lives and confusion among people.