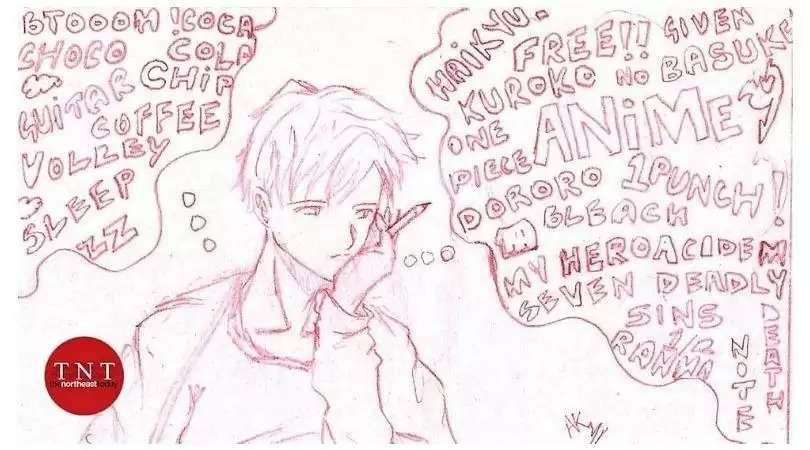 The dictionary definition of an exam is 'an official test of how much you know about something or how well you can do something'. I'm not sure if the feeling is globally mutual, (excluding those with eidetic memory) but whatever I study, most of the time, when I do study, do not end up on the paper.

People think that these exams are what defines us and determine our status in life. If we pass, we are accepted. We are even given special treatment and have earned their "respect" if we do exceptionally well. If we don't, that is to say, if we fail or pass with forty percent, it is no surprise that people have a lower opinion of us. This results in us losing confidence in ourselves. All because of some numbers or letters that people who don't even know our strengths or weaknesses declare us worthy of. We are not given any classes on handling failure or counseling.

Doesn't this mean that we pine for these marks to be accepted socially? This brings me to why I brought this up in the first place- what were the reasons I did my exams? The first reason I can think of is social acceptance. My grandparents bragged about my marks to everyone they could think of. What if I had performed badly? Maybe they would have hidden me, well, metaphorically speaking, anyway. I have flunked before so I have firsthand experience.

Most people don't ask the important questions—imagine someone asking you, "How was your experience flunking?" My experience in the 6th standard surely did not feel like a bride walking down the aisle. When I realized that I would have to repeat a year, I avoided looking anyone in the eye, including my best friend at the time. It was all I could do to avoid the tears rolling down in a cascade. I felt smaller than everyone. It was horrible. I must admit though since I hadn't built a delightful relationship with my classmates then, it was a relief not to be in their class anymore.

My family was supportive then. My father said nothing mean. In fact, he had an amused smile on his face that said, "Well, this is surprising. I want to see how the next year plays out"; although what he said was, "I'm always on your side no matter what." I was holding back tears until my uncle and aunt hugged me. It was then that I felt the full force of the loneliness that was ahead and the shame that I was supposed to carry.

Although I felt all these things and more (honestly, not all my relatives were this supportive), the years that followed were awesome—I met new people who inspired change in the areas that needed change and accepted me the way I was. So, on the whole, I can say I'm happy. That counts for a lot, doesn't it? I have no shame when I tell people that I had to repeat a year because I failed. And honestly, it was one of the most valuable experiences I've had in this short life.

Now, because of my past record, not exactly being shiny and beautiful, (I'm quite the average student and flunking a year did little to contribute to beautifying my mark sheet other than adding the glossy red), not many people believed that I would even pass these blessed exams. I, smugly, will include most of my family in there— I've given them enough reason to lose faith in me academically, so I don't blame them.

Most people won't put it into words but, when a child does well, the parents can look up at those who challenged them with a smug smile. In other words, they stand justified in their methods and their guidance has been proven right. They'll phrase it this way though—everything they've put on the line for their child was worth it. You should have seen my father's face—it was glowing with pride and vindication of the madness in his methods. I'm sure my mother was proud of my marks too, if not the way I studied.

How did I study?

It's obvious that I am not one of those students that can sit on their desks for twelve hours straight, skipping breakfast and lunch, staring at their books without blinking, in an attempt to memorize every word. I've heard some students even ignore Nature's call—bless their souls (and bladders).

Well, my father did take the year seriously (it being the board exams and all). So, I was asked to follow a routine that I set up. Let me be blunt—every time I followed it (that period equalled to a whole of four hours within three months), my concentration dropped to an almost negligible decimal. My concentration span is unbelievably short — maybe about ten minutes! The rest of the hour that I spent on the table, I was practically daydreaming. I read, processed, understood for those ten minutes but I wouldn't be able to commit to memory.

After those mind-blowing ten minutes are up, even if I try, I cannot get past the first sentence for some odd reason. I end up skimming through the book, looking for something interesting. The next question is how long do I sit at my desk? Four hours is the answer because my father knows that getting me to sit for any longer is inhumane. The four hours that I do spend is because he threatens to delete all my anime.

Yet, I performed well. I might have studied with funny motives but I proved myself with the results. Other than making sure I spent a decent amount of time studying per day, my father did not interfere. Be it projects or tests, I was to do my own thing. I think his method worked—we both would have been frustrated had he popped his head into our room every five minutes asking whether I understood the material and me having to reply in the negative every time.

ALSO READ: LETTERS | Is the Meghalaya Government failing its people?

On a lighter note, as a student, when you look around and see your peers working hard, it makes you think, "If these guys are putting all their energy into studying, the odds are that they'll pass. What if I am the only one that fails?" Let's admit it—being left behind would be frustrating. The peer environment does play a role; therefore, I owe a lot to my friends.

They literally tutored me, reminded me of deadlines, and helped me out with projects. Someone who believed in me once said, "Failing is not an option, Baka (idiot)." For those people, I studied. I did not want to let them down. I just wanted to be on the same level playing field with them. These are people who understand me and are actually supporting my unusual dream (it's a secret). By supporting, I really mean it- in case I am unable to fulfill it; they've even agreed to financially support me for the rest of my life, provided I don't outlive them.

My obsession with anime

Not being wealthy means you have to work hard to get into the schools and colleges of your choice. For an average student, my goals are pretty high- work in Japan. I can see myself juggling part-time jobs and living in a pretty small apartment and still being happy. Working in an environment where I am surrounded by my favourite things i.e., anime, is my only aim.

Had I failed my exams, my father would have probably banned anime. That is something my heart cannot deal with. Blaming anime for my poor marks is unacceptable. In fact, I motivated myself by dreaming of all the anime waiting for me after the exams. You can imagine how much I actually studied.

ALSO READ: LETTERS | Meghalaya: Who is this silent warrior Meban?

It's funny but I tried my best in mathematics for our tuition teacher, who made maths at least acceptable if not loved (we need more teachers like this!). I'm pretty sure that the others who studied under him also had him in mind as they were attempting the paper (I mean it, literally!).

There were teachers too that I wanted to make proud. I know my Geography teacher was amazing and I'm not being sarcastic. I loved her classes since she could bring the subject to life. When she taught, everything that seemed uninteresting suddenly became bright. I have to admit though because she was so good at teaching, her students would hardly ever study before the exams since everything seemed so easy. Then, on the day of the exam, we'd open our books "just to revise" and Latin would be staring back at us—a 300-page book on Latin. One of our English teachers is known as The Strictest/Scariest teachers in our school—I've always liked the way she taught though. In my whole school life, I've never heard of her praising anyone—and she praised me! Stuff like that can really hype anyone up.

Let's not be rude here, but honestly—the COVID situation this year did play a huge role in pulling up my marks. I would not have even dreamt of scoring higher than a 75 and here I am staring at some 85s and 90s. What on earth? Hallelujah! I'm not being impolite but I do think that the human beings that checked my papers were probably either drunk or suffering from a hangover. I thank them for their overflowing generosity.

Everyone around class 10 students reminds and keeps on reminding them not to play up, to take the year seriously, and to save the good stuff in life for later.

Whether you are fifteen or sixteen, this is the only time you are going to be fifteen or sixteen. You are not going to be able to enjoy the things you like now once you are an adult. After a while, you can't afford to be reckless and impulsive. You'll have more burdens to carry. If you spend the whole year buried in your books, you will die out of suffocation (a pun?). A junior once asked me for advice on studies and the whole life surrounding class 10. All I could say was, "Don't stress too much. Enjoy life and anime."

Is it just me or do I sound old?

(Aavisha Sahu Kharkongor is a 17-yr-old student at Pinemount School, Shillong. A young poet, she received an award at the Edmundian Festival 2019 in creative writing (Poetry).)

(You can also share your articles and letters to iban@thenortheasttoday.com or editortntnews@gmail.com)