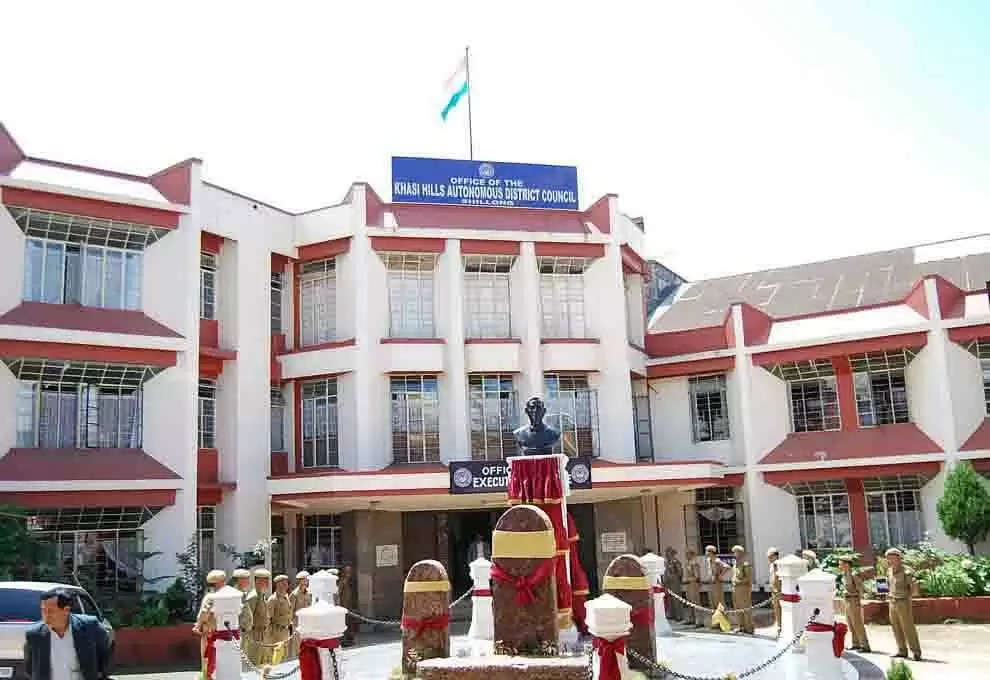 The Khasi Hills Autonomous District Council (KHADC) on November 10 referred the Khasi Inheritance of Property Bill, 2021 to a select committee for fine tuning following the demand by the opposition bench.

KHADC chief executive member (CEM) Titosstarwell Chyne, however, said that the select committee should only take so much time that the Bill can be passed within the next session. “The question of again referring the Bill to other committees should not arise thereafter,” he said.

After taking the sense of the House, Chairman of the KHADC Pyniaid Sing Syiem announced that the select committee will be headed by the CEM as chairman and secretary to the EC as its secretary.

Its members will include Leader of Opposition Pynshngainlang N Syiem and other MDCs – Carnes Sohshang, Charles Marngar, Lamphrang Blah and Paul Lyngdoh.

Speaking to the press, Chyne said he is in no rush to pass the Bill at this juncture since it is related to the customary practices of the indigenous Khasis.

“(The decision taken) will give the select committee a chance to seek the views and opinions of all the stakeholders including elders, legal advisers and even social organisations, who are concerned with our customary laws. Hence, the Bill has been referred to the select committee,” he said.

The Bill, which seeks to ensure equitable distribution of property among the children of a tribal Khasi family, was tabled by the KHADC chief executive member, Titosstar Well Chyne on the first day of the winter session – November 8.

Before the House could pass the Bill, an amendment motion was moved by opposition Congress demanding the need to refer the Bill to the select committee on the ground that not enough time was given to the Member of District Councils (MDCs) to study and give their respective suggestions.

The Congress members also warned that if passed in its present form, the Bill may disturb the age-old customary practices of the Khasi indigenous people.

Chyne also reminded that the intention of introducing the Bill was to streamline the customary practices to ensure equal distribution of self-acquired property and ancestral property among the children in a Khasi family.

“However, this will not be mandatory as everything will totally depend on the ‘Will’ of the parents,” Chyne said, claiming that the spirit of the Bill will not disturb but will rather strengthen the Khasi customary practices.

Maintaining that the intention of the opposition to demand that the Bill be referred to the select committee was to ensure members are given enough time to have an in-depth study on the issue, leader of Opposition Pynshngainlang N Syiem alleged that there are some new modified clauses which do not suit the Khasi customary practices.

Syiem also questioned how a district council court can be involved in the issuing of certificates as per the proposed Bill.

“(As per) practices, judges cannot issue documents on behalf of the executive. You cannot mix the executive and the judiciary. That is why we need to send this Bill to the select committee so that we can come up with a beautiful and acceptable Bill,” he added.

The leader of Opposition also expressed doubts stating that the Bill may interfere with romantic relationships of the children.

“The Bill had said if children go against the wish of the parents in choosing their life partner, they will lose their inheritance rights. I think that is not so importance to put in the Bill because we need some kind of language to use so that it will not directly interfere with the love affair of our children,” he said.

The Congress leader further expressed reservation against the objective of ensuring equal distribution of wealth among the siblings.

“I think equal shares will not work. Out of total assets of the family, we may put at least 20-30 per cent for male members as we cannot do away with our custom and tradition. To say ‘equal share’ will be totally against the customary practices,” he asserted.

Syiem, however, added that the opposition don’t want to disturb, spoil or do away with the present customary practices, “but improve it and there should not be any exploitation of anyone in the family.”