Stating that the “Congress has stooped to a new low in politics", Jemino said that the Congress has been firing at the UDP so that it withdraws support from the current Meghalaya Democratic Alliance (MDA). 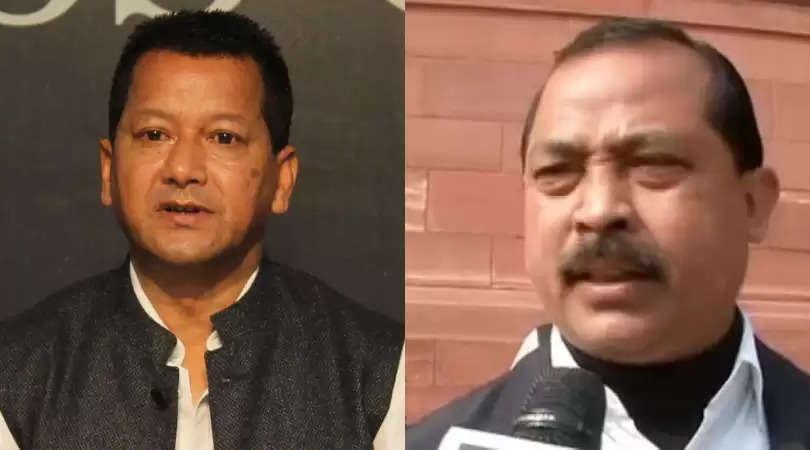 Stating that the “Congress has stooped to a new low in politics", Jemino said that the Congress has been firing at the UDP so that it withdraws support from the current Meghalaya Democratic Alliance (MDA).

Pala had earlier criticised the UDP's handling of the Home Department and the Excise Department.

Talking of the Home Department and the recent Cherishsterfield encounter, Pala highlighted that the UDP had criticised how the department functioned earlier, but after taking charge of the department, the UDP created a "mess" of it.

Pala also accused the Excise Department, currently led by UDP, of being directly responsible for rising addictions. Pala specifically pointed out the so-called "new trend" of liquor home delivery and the lack of rehabilitation and de-addiction centres in Meghalaya.

“When you provide home delivery, even people who do not drink might think otherwise. Also, with a high rate of addiction in the state, there are no rehabilitation or de-addiction centers,” said Pala, even though earlier this year, a youth de-addiction centre under KRIPA Foundation was inaugurated in New Shillong Township.

Referring to the entire ruling Meghalaya Democratic Alliance (MDA), Pala added that “Congress will give a better service to the public... better transparency and a better accountability.”

Pala also spoke on illegal collections from trucks along the national highways, adding that the truckers carrying coal from Jaiñtia Hills to Guwahati are never stopped because authorities receive money from them. Pala claimed that the collection from each truck has increased to Rs 1 lakh compared to Rs 60,000 previously.

Highlighting Pala's attempts to try and create an impression in state politics after being appointed president of MPCC, Jemino said that compared to other parties, Congress had ruled the state for the maximum period and all the problems that the state is fighting today are inherited from the "Grand Old Party".

"Be it illegal coal mining, border skirmishes, failure in the education sector, youth unrest, unemployment, farmer’s plight, high infant mortality rate, poor investment in the tourism sector, et al, everything is inherited from the Congress," alleged Jemino, adding that "people are not blind."

“Perhaps it is because of the fear that the people in Khasi and Jaintia Hills have lost faith in the national parties and UDP will come to power in 2023,” Mawthoh said, criticising Pala's statements.