"The government will provide support to develop the infrastructure of this place. The place will showcase the rich heritage and culture of the state, thus becoming a major tourist attraction," CM Conrad Sangma said. 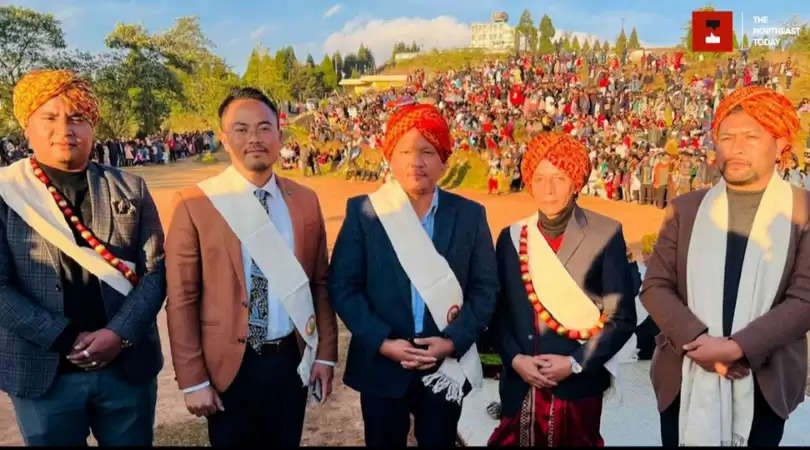 Meghalaya government has decided to bring about infrastructural development at Lum Pomblang, the permanent site of the Shad Nongkrem festival where the rituals have been performed for over 200 years.

"The government will provide support to develop the infrastructure of this place. The place will showcase the rich heritage and culture of the state, thus becoming a major tourist attraction in the state," Chief Minister Conrad Sangma said.

Held annually at Smit village, the five-day socio-religious festival of the Hima Khyrim in the Khasi Hills of Meghalaya, entered its third day on November 11.

Earlier during the day, the participants along with the Syiem (Tribal Chief) of Hima Khyrim Dr Balajied Sing Syiem along with the royal family took part in a colourful procession towards the Lum Pom Blang for traditional sacrificial ritual.

Notably, similar to all other festivals of the Meghalaya, Shad Nongkrem is performed to appease the all-powerful Goddess "Ka Blei Synshar" for a rich harvest and prosperity of the people.

The Syiem (Tribal Chief) of Hima Khyrim, Dr Syiem informed that the festival this year could be celebrated with good participation due to relaxations in Covid-19 protocols.

He further added that better days are coming and the signs from the rituals have shown positive results.

"We look up to the Almighty to bless us so that the pandemic comes to an end. We hope that God will bless us in bounty because the people have suffered so much," Syiem said.

Friday (November 13) marks the main event of Shad Nongkrem when the men, women and children will participate in the dance at the Royal Residence (Iing Sad) of Smit village.

Mawryngkneg MLA Pyniaid Sing Syiem, Syiem of Hima Mylliem Ainam Manik Syiem were among the others who attended the festival.

The event witnessed the religious goat sacrifice and ritual along with the dance of the Syiems of different Himas at sunset.