“I have raised this issue of insufficient funds with the Union Minister for Jal Shakti Gajendra Shekhawat during a review meeting held with PHE Ministers from the North East region at Guwahati on September 16,” said Renikton Lyngdoh Tongkhar,  Public Health Engineering minister, on Friday. 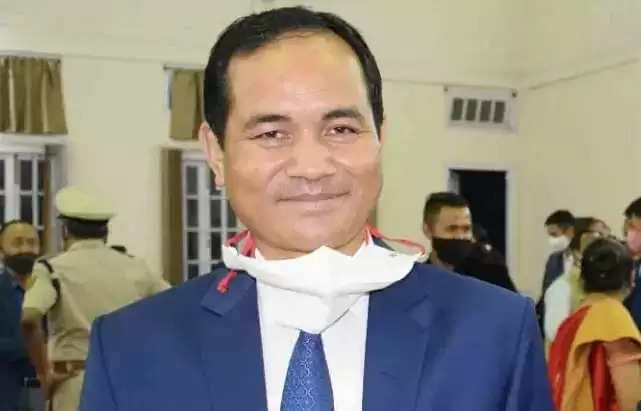 The state government has requested the Centre to sanction additional funds for the implementation of the Jal Jeevan Mission (JJM) scheme in villages where the amount fixed by the Ministry of Jal Shakti has been claimed to be insufficient.

“I have raised this issue of insufficient funds with the Union Minister for Jal Shakti Gajendra Shekhawat during a review meeting held with PHE Ministers from the North East region at Guwahati on September 16,” said Renikton Lyngdoh Tongkhar,  Public Health Engineering minister, on Friday.

He informed that he has already requested Shekhawat to allow such villages, about 6,415 in number, to receive a special rate for the scheme. He said these villages “have to draw water from far away sources” and the households therein are "scattered from one hill to another”, making it difficult to complete the required works.

Shekhawat, it seems, agreed noting that the Union Minister has requested the concerned in-charge to furnish proper justification for each scheme so that additional funds can be sanctioned.

Despite the task ahead, Tongkhar has set an ambitious target of providing water to all such villages by 2022.

When asked if the tight schedule was deliberate, given the 2023 general elections, he said he does hope for the current ruling dispensation to return to power, but would also not want the next term to be burdened by incomplete works.

Tongkhar said he was happy with the response, while also mentioning prevailing concerns about “whether we can have different water supply schemes for those villages” that are “not entitled under JJM because of the rate”. He also expressed concern about the "continuous fight" against water resources in Meghalaya drying out, in part because of deforestation.

He added that, should the Centre allot more funds, then it would be possible to afforest the regions around catchment areas to strengthen the water sources. "I will talk to the chief minister", he said.

He also considered declaring all identified catchment areas as "protected" in order to curtail any activities around them.

Given that Meghalaya has one of the highest precipitation rates in the world, Tongkhar also added that the people in the state "should not cry over" the water crisis when the rainwater harvesting option is still unexplored. He felt that villages that have very poor access to water resources should especially consider rainwater harvesting for the supply of drinking water.