Besides 21 affected villages in Elaka Sutnga, villages outside the Elaka that are also affected by coke factories will also be part of the agitation. 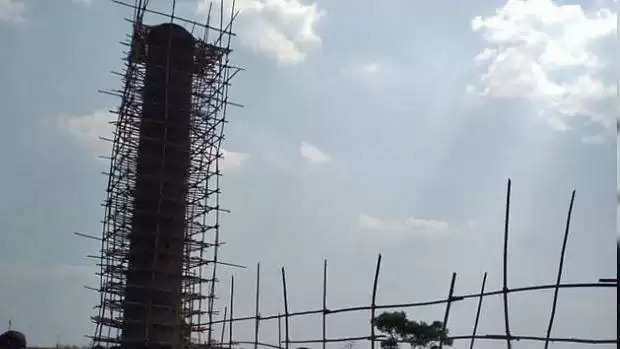 The Environment Coordination Committee (ECC) of Elaka Sutnga said that they aim to put an end to all coke plants irrespective of legality in Elaka and will send letters in support of villages agitating against their presence in the area.

A member of the ECC, who does not wish to be named, told The Northeast Today (TNT) that they will protest again and the date for it has been tentatively set to September 13. "We from the ECC want that all coke factories to stop; even those with documents,” he said, adding that the committee has noted that factories with documentation continue to operate in the area, whereas illegal ones have been stopped.

“The ECC is writing to all the villages to hold meetings on the reason for our agitations and the steps we will be taking in this regard. We want all the residents to know about the issues and the agitation,” the member said.

Besides 21 affected villages in Elaka Sutnga, villages outside the Elaka that are also affected by coke factories will also be part of the agitation.

The anonymous ECC member states that the rangbah shnong (headmen) often provide factories with no objection certificates without realising the environmental and health effects of such activities. "We are unaware how the traditional heads issue the permission, but then the Elaka also has its conditions," he added. One of these conditions is that coke factories should not be set up within the vicinity of a settlement.

The intense effect of the coke factories was felt sometime in September 2020 when “there was a different kind of a smell," the member stated. "Initially, we were clueless, and later it was found that it was from the coke factories."

The member claimed that the pollution from coke factories has made the water unfit for consumption, forcing residents to rely on private supplies of clean drinking water, which costs about Rs 600 to 700, a steep price, especially for underprivileged residents.

“The water is greasy and dark. We have been facing water scarcity, so in the months of monsoon, we tap the rainwater. But this year, even the rainwater is not fit to be used. We have to buy water from adjacent villages,” the ECC member said.

On August 4, the ECC in East Jaiñtia Hills district had organised a protest rally to voice concerns over the rise in the number of "illegal" coke factories in the state, especially in the district. And Home Minister Lahkmen Rymbui had directed the Superintendent of Police, East Jaiñtia Hills to oversee the operation of coke factories and take action against illegal setups.

Meanwhile, an official from the State Pollution Control Board said that the defaulters (those who did not get Consent to Operate and Consent to Establish) have been issued closure notices.