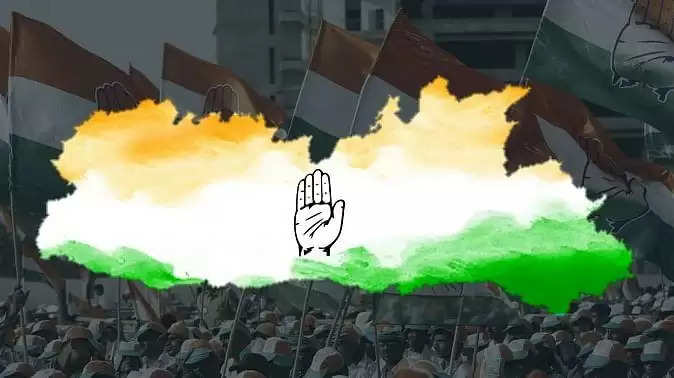 Speculations over the appointment of a new president of the Meghalaya Pradesh Congress Committee (MPCC) will soon come to an end with most of the party leaders in the state resolving to back Nongthymmai MLA Charles Pyngrope for the post PCC president.

Much was talked about the internal affairs of the grand old party in Meghalaya with spectators hoping to see a change in the functioning of the party as they foresee a possibility of party leaders defecting to the ruling party which is the National People’s Party (NPP).

Though both parties have steered clear of such speculations, it will not be a surprising turn of events if a few leaders defect to the ruling party months before the 2023 assembly elections.

Coming back to the organisational change in the Meghalaya Congress, most of the party MLAs and MDCs had on Sunday unanimously resolved to ask the All India Congress Committee (AICC) to appoint party leader Charles Pyngrope as the new president of the MPCC.

The MLAs and MDCs from Khasi and Jaintia Hills region are going to make their decision known to the AICC general secretary in-charge Meghalaya, Manish Chatrath, who is on a three-day visit to Shillong on Monday.

The fight for the PCC president's post was initially mainly between Pyngrope and East Shillong MLA Ampareen Lyngdoh, but if we go by what party sources are saying then it would seem that Pyngrope, who is also the former speaker of the Meghalaya Legislative Assembly, is most likely to win uncontested.

Earlier, Ampareen Lyngdoh had expressed her keenness to contest the election for the post of PCC president, “if the blocks” want her. But she maintained that a leader of the party should be independent and not hold any other offices like that of an MLA or MDC to enable him/her to function smoothly.

With a majority of the party leaders backing Charles Pyngrope for the president’s post, sources said that Lyngdoh will probably back out from the race and would lend her support to the Nongthymmai MLA.

But then again, this is based on hearsay.

With rumours doing the rounds over the Leader of Opposition, Mukul Sangma’s views it would seem the top contenders are not limited to Pyngrope and Lyngdoh. The Opposition leader’s brother, Zenith Sangma, has also emerged.

To sum it all up, we have three to four contenders: Charles Pyngrope, whose victory is almost certain; Ampareen Lyngdoh, whose decision to back out is yet to be officially made known; Zenith Sangma, whose engagement in the entire process was scarce; and current working president of MPCC, James S Lyngdoh.

Meanwhile, outgoing MPCC president Celestine Lyngdoh, who had earlier clarified that he would not be seeking re-election, will hold a farewell dinner party for all party MLAs, MDCs, and leaders at Helga Hotel on Monday evening.

With only two years left for Meghalaya to go to polls in 2023, a change in the party leadership will determine the performance of the Congress in the state, which is otherwise on the downslide not just in Meghalaya but across the Northeast.