The new leadership is making changes, yet infighting has not ceased. In a recent induction of new members, Mukul Sangma, his brother Zenith Sangma, his wife Dikkanchi Shira and other youth leaders of the Congress, did not attend the function. The same happened on Saturday, when Vincent Pala was formally handed charge as state party president. 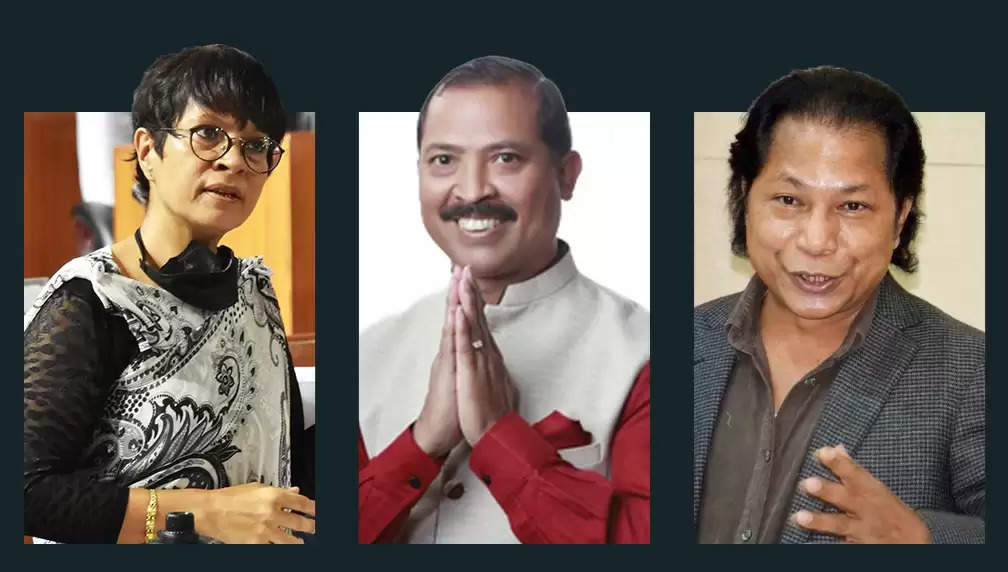 By Our Special Correspondent | SHILLONG:

While the new leadership has been able to induct new members and promised to resolve internal differences, infighting never ceases to haunt the grand old party.

A glimpse of the internal differences was recently seen at the induction ceremony where Congress welcomed new members, including veteran politicians PN Syiem and RG Lyngdoh.

The ceremony saw the absence of many Garo members, including the leader of opposition Mukul Sangma, his brother Zenith Sangma, his wife Dikkanchi Shira and other youth leaders of the Congress.

State working president of Meghalaya Congress Ampareen Lyngdoh told The North East Today on Friday that she expected him to turn up for the induction ceremony as he was invited.

“It was predominantly about leaders in the Khasi Hills, though we expected him to turn up but he was engaged in some other matters,” she said.

Ensuring that infighting in the party is not leaked to the outside world, she said that any issues in the party will be sorted out internally.

“To my knowledge, Dr. Mukul Sangma is a Congressman. I will try to iron out differences. Congress is a party of personalities and there will be some clashes but it does not mean that people should run away,” Ampareen said.

However, on Saturday, when Pala was formally handed charge as president, Mukul and his family of legislators once again skipped the function.

Congress had remained leaderless for quite some time before the takeover of Pala. In that period, Ampareen herself had expressed interest to assume the post of president if her party leaders were in favour.

With Pala assuming the reins, many Congress supporters have expressed their interest to see him as the chief ministerial candidate of the party, a position which was held by Mukul Sangma for the longest time.

The media spoke to Mukul on the infighting within the Congress and on his absence from the induction ceremony. But he refused to divulge details, saying that he does not usually discuss matters revolving around the party with the media.

The Congress has also tried to pull some former members who are now with rival parties.

Pala, after the induction ceremony on Thursday, gave an open invitation to BJP legislator AL Hek to join the Congress, an offer which Hek rejected, stating that the saffron party had enough strength and there was no need for him to join the Congress.

Hek had joined Congress in 2009 but left the party just before the 2018 elections.

However, with such aspirations of Pala, who is attempting to regroup members, some senior leaders have been overseen as well.

Charles Pyngrope, a senior leader who has held important political positions in Meghalaya, is one such name.

“While you see many changes within the party of late, I do not think Bah Charles is involved in a lot of these consultations. He is a senior member and is highly capable, given his political experience. Yet, he has not been given a leadership position. He deserves more from the party for the capability he holds,“ a close aide to Pyngrope told The Northeast Today (TNT).

Pyngrope, who was also backed by Congress members previously to take up the mantle of state party president, also did not attend Pala’s induction ceremony.

‘Congress will not regain power’

The president of Hill State People’s Democratic Party (HSPDP) KP Pangniang criticised the Congress rule in the previous years, predicting that the party will not regain power in the ensuing election, more so due to their internal differences which he said is “also seen at the national level.”

“Congress has ruled the state for many years now and it is time for the regional parties to grow,” he said.

HSPDP, which is in alliance with United Democratic Party (UDP) under the Regional Democratic Alliance (RDA), has only two MLAs – Samlin Malngiang from Sohiong constituency and Renikton Lyngdoh Tongkhar from Mawkyrwat constituency.

“As one of the oldest regional parties in the state, we are moving slowly and steadily in a united manner. We are moving ahead taking along with us the various issues of the indigenous tribal,” he said.

He said that national parties like Congress have their own mission unlike regional parties, which stick to its principles of regionalism.

“Important issues for the protection of the indigenous tribals did not see the light of day during Congress’ reign... How has the Congress empowered the state?” he said.

UDP president Metbah Lyngdoh also spoke on similar lines, adding that the UDP is currently in discussions with MLAs and non-MLAs to join the party.

“Our flock is intact. I don’t see them falling into the trap of temptation,” he said.