The neighbours informed that they found the bodies when they had gone to the house after hearing the incessant crying of the baby. 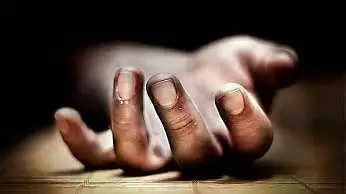 Dead bodies of a couple were found inside a rented house in Mawiaban locality of Siejlieh in Nongstoin area of West Khasi Hills district on Tuesday.

According to the police, when they entered the house, the woman was found lying lifeless on the bed and the man was hanging from the ceiling in the same room. A six-month-old infant was also found in the room.

The neighbours informed that they found the bodies when they had gone to the house after hearing the incessant crying of the baby. Later, they informed the village authority who reported the incident to the police. Upon arrival, the police took the infant, who is reported to be in good health, to the Nongstoin Civil Hospital for medical assistance.

PBH Tympuin, headman of Siejlieh village, said that at around 11 am the secretary called him informing him about the incident.

"The incident could have likely taken place during the night. The neighbours said they heard the baby crying last night. When we reached the spot we found the dead bodies and the child. We immediately informed the police and they came and took the baby to the hospital. The bodies weren’t moved as the police waited for an investigation team from Shillong to arrive," said Tympuin.

The police said that an investigation team is on the job to get details about the couple.