Speaking to reporters on Wednesday, Mukul said that the "interesting input" regarding NCM has come from "citizens" during the recent Congress meeting and the party will wait for the motion to be tabled by members of the ruling dispensation. 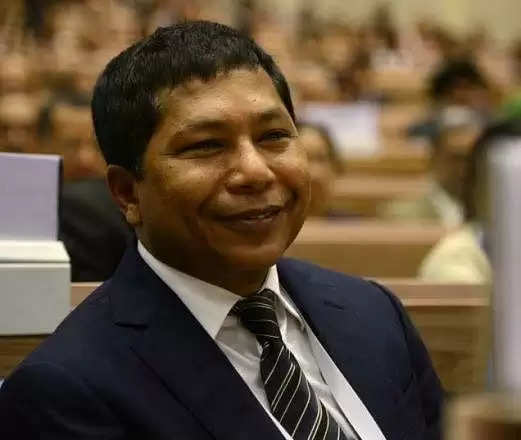 Opposition Leader Mukul Sangma on Wednesday said that the Congress will support member parties if they decide to table a no-confidence-motion (NCM) against the ruling Meghalaya Democratic Alliance (MDA) government.

Speaking to reporters on Wednesday, Mukul said that the "interesting input" regarding NCM has come from "citizens" during the recent Congress meeting and the party will wait for the motion to be tabled by members of the ruling dispensation.

He added that a letter regarding the motion has been sent to the MDA.

The MDA has however maintained that no such letter has been received.

"That is the strategy… They are concerned about the respective numbers. They should sit together and look at whether they can trust each other if they have to decide to protect the interest of the state," Mukul said.

Working president of the United Democratic Party (UDP) Paul Lyngdoh said his party would neither move an NCM or move out of the coalition.

It may be mentioned that Rymbui had written to Chief Minister Conrad Sangma to relieve him of his Home (Police) Department portfolio.

He had also proposed a judicial enquiry into the killing of ex-rebel leader Cherishterfield Thangkhiew. The chief minister, however, is yet to decide on Rymbui’s letter.

Meanwhile, the general secretary of People’s Democratic Front (PDF) Auspicious Lyngdoh Mawphlang maintained that the party has not discussed the proposed NCM.

While admitting insecurity and lawlessness over the past few days in the state, he asserted there were no talks of any motion and that the PDF advised the Home Department to ensure normalcy and public welfare.

In the current MDA coalition, the UDP has seven members of legislative assembly (MLAs), while the PDF has four MLAs. The UDP, along with two MLAs of the Hill State People’s Democratic Party (HSPDP), is part of the Regional Democratic Alliance (RDA).