“We look forward to a favorable response from the Chief Minister of Meghalaya and anticipate a re-convening of the “All Party Meeting” on the Inter-State Border discussions,” said CLP leader, Lyngdoh. 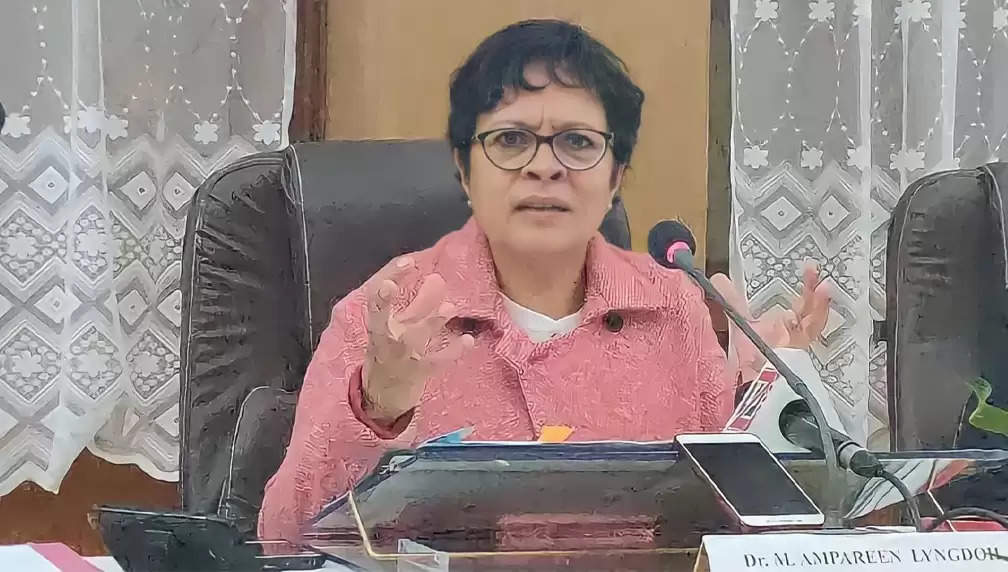 While holding the NPP-led Meghalaya Democratic Alliance government responsible for sidelining the party in the decision-making process on the contentious interstate border issue, the opposition Congress has demanded that the Chief Minister Conrad K Sangma reconvene the all party meeting on the inter-state border discussion.

In her statement, Congress Legislature Party (CLP) leader Ampareen Lyngdoh, said that there was no clarity with regards to the invitation to attend an all party meeting by the MDA on the subject of ‘Interstate border talks’ on December 15.

“No staff of the Bhavan received this important letter and the receipt of dak of the political department, Government of Meghalaya, indicates that the letter was received on December 15, likely after the meeting was over,” she alleged.

Lyngdoh was responding to allegations that the Congress MLAs had failed to attend the important meeting, which was convened by the state government to solicit views and suggestions from all stakeholders.

While recalling that not very long ago, members of the INC of the Regional Committee were not informed of a crucial meeting held at Langpih she said, “This is not the first time that the INC has been side-lined in the decision-making process on this important agenda.”

She added that the MLA and MDC of 33-Rambrai Jyrngam gate-crashed the talks and received invitations only a day after the meeting had ended.

According to Lyngdoh, it would be misleading to project to the people of the state that the Indian National Congress did not attend the all important “Border Talks”.

“We express our complete shock and disbelief that our government, once again failed to invite us to these decisive discussions. We place on record our demand for an inclusive dialogue at the earliest, prior to any decision taking on the matter,” she said.

It may be mentioned here that 12 Congress MLAs in the state has recently shifted their allegiance to the All India Trinamool Congress decimating the Congress party to a minority.

The CLP leader further asked the Chief Minister to review the minutes of the meeting held on December 15 and incorporate a statement that the Indian National Congress of the State of Meghalaya did not receive necessary communication and therefore were absent from these crucial discussions.

“We look forward to a favorable response from the Chief Minister of Meghalaya and anticipate a re-convening of the “All Party Meeting” on the Inter-State Border discussions,” she said.

Further, Lyngdoh said that Congress has a clear opinion on the Meghalaya-Assam border row, a subject that has been pending for over 50 years.

“(We also) place before the purview of the Chief Minister to also permit our views to be placed before the Border Commission in a satisfactory manner over an appropriate table, wherein our views shall be duly recorded as per procedure in such matters,” she said while asserting “It is also our opinion that all matters related to “Border Talks” should ensure that all stakeholders agree on a common approach, without politicizing the subject, in the interest of the people of Meghalaya.”

“We will be pursuing this matter with utmost dedication and sincerity,” she said and added that the Meghalaya Pradesh Congress Committee is especially concerned about the amicable solution of the long-standing border dispute, particularly with regard to "Ka Bri U Hynniew Trep", which is most at risk in this much-needed state discourse, in the interest of indigenous communities living along these borders.