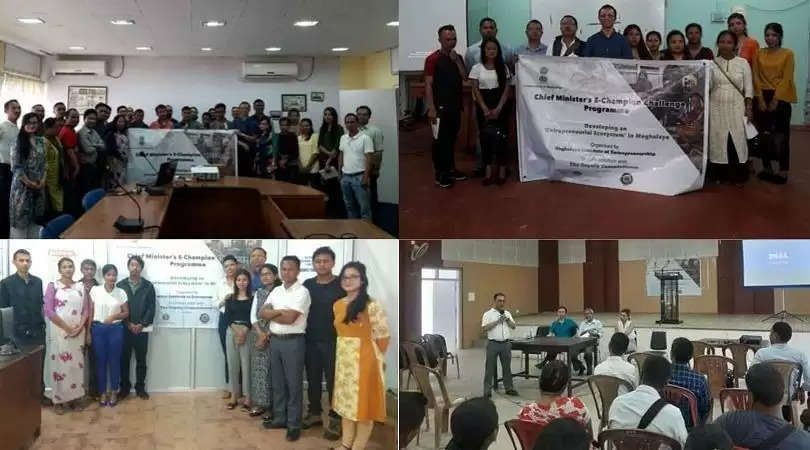 With an aim to boost the entrepreneurship culture in Meghalaya, Chief Minister Conrad K Sangma launched the CM's E-Champion Challenge on August 14, 2019 in an attempt to not only identify people with innovative business ideas in state but also to provide them a hand-holding support mechanism in order to help them materialize their ideas.

Pertaining to this, sensitization programmes are being conducted in all districts of the state. The programme is being led by Meghalaya Institute of Entrepreneurship (MIE) in partnership with Meghalaya Basin Development Authority (MBDA) and Indian Institute of Management- Calcutta Innovation Park (IIM-CIP) who have been holding orientation programmes with the staff members of Enterprise Facilitation Centres (EFCs), District Industries Centres (DICs) and Common Service Centres (CSCs) so as to identify and encourage potential entrepreneurs from all districts of the state to make the most of this opportunity by the state government.

The Labour Commissioner and Director of MIE, Barnari Mawlong along with his team from IIM-CIP and MBDA are in the process of sensitizing the masses about the Chief Minister's E-Champion Challenge as well as the steps to apply for the same. The last date of applying for the challenge is September 30, 2019.