Meghalaya Assembly Speaker Metbah Lyngdoh said that the demand for the recognition of Khasi and Garo languages is not something new, but has remained there for many years. 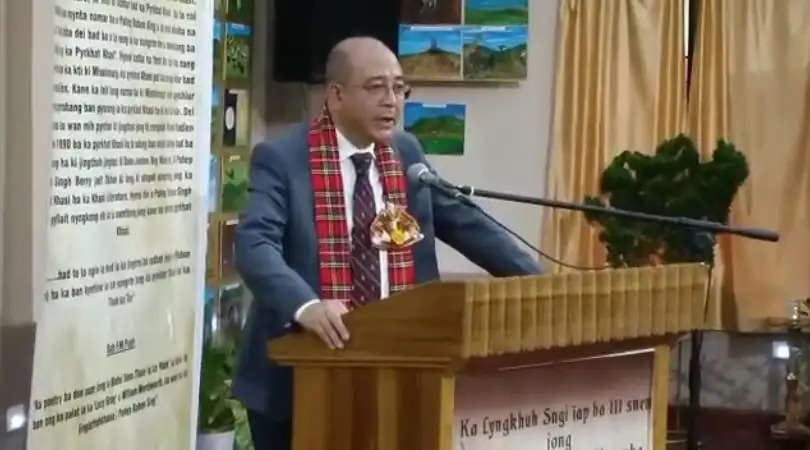 Meghalaya Assembly Speaker Metbah Lyngdoh has once again demanded the inclusion of Khasi and Garo languages in the list of languages under the Eighth Schedule of the Indian Constitution, assuring to take up the matter with the centre once again.

Lyngdoh, while speaking at the Synod College Shillong on the occasion of Rabon Sing Kharsuka 111th death anniversary, said that the demand for the recognition of Khasi and Garo languages is not something new, but has remained there for many years.

"We have tried to urge and plead with the Government of India that we have a reason and foundation for the inclusion of the prominent languages. It is time for the GOI to recognise Khasi and Garo languages," Lyngdoh told the gathering.

Referring to Kharsuka - a well-known writer of the 19th century, Lyngdoh said that during the writer’s heyday, when it came to getting his works published, he was suppressed, but the writer never gave up.

"Our ambition at present is to learn what these intellectuals had taught, but sadly many in the society choose to converse in English even at the family level instead of Khasi," he said.

Lyngdoh, who was the chief guest at the occasion, pointed out that writing in the past was a challenge since there was very little assistance for the writers. "With the emergence of the Internet and new technologies, writing today has become relatively easier for the new generation of writers," he added.

Lyngdoh highlighted the contributions made by Kharsuka, and his successors like U Soso Tham and others to Khasi literature, and urged the gathering to emulate them. "I don't know what will happen to our Khasi language if it is not used widely as a medium of literary writings," he asserted.

It must be recalled that the Meghalaya Legislative Assembly had earlier in 2018 passed a resolution asking the Centre to include Khasi and Garo languages in the Eighth Schedule of the Indian Constitution.