Gofur, fled from police custody when he was being taken to the Mahendra Mohan Choudhury Hospital here after testing positive for coronavirus. 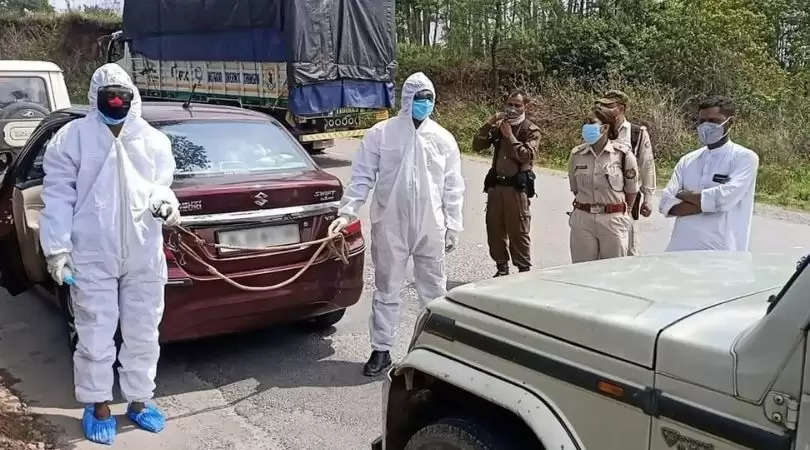 Assam Police on Tuesday nabbed a dreaded criminal and a co-accused in murder and dacoity cases, from Ladrymbai in Meghalaya.

One of them, Gofur, fled from police custody when he was being taken to the Mahendra Mohan Choudhury Hospital here after testing positive for coronavirus.

Assam Director-General of police Bhaskar Jyoti Mahanta, while jointly addressing a media conference here on Tuesday afternoon, said that “Gofur had run away while being taken for treatment but police have succeeded to nab him today.”

Meanwhile, sharing the achievement on Twitter, Assam Police uploaded a picture of the arrested duo in PPE kits with an interesting post: “Corona giveth and Corona taketh away! When you are a COVID-19 positive murder accused and try escaping from MMC Hospital, Guwahati, but end up in custody, socially distanced & PPE’d, along with a co-accused. Stellar work by Kamrup Police for apprehending them from Ladrymbai, Meghalaya.”

The Assam DGP further said that the task force, constituted by the state government following a proposal from the state police department to enforce COVID-19 protocols in the city, would help the state police to focus on curbing crime and keep a tab on the law and order situation.