Unconfirmed reports said the AIUDF candidates of the recently concluded three-phase Assam Assembly elections could be taken to Dubai from Rajasthan. 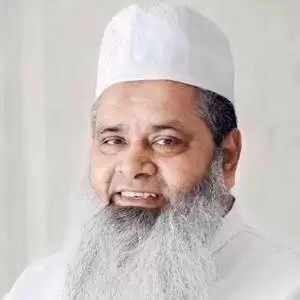 At least 18 candidates of the All India United Democratic Front (AIUDF) have been flown to Rajasthan in a chartered flight on Friday, reportedly as a “precautionary measure against any possiblity of horse-trading”.

Unconfirmed reports said the AIUDF candidates of the recently concluded three-phase Assam Assembly elections could be taken to Dubai from Rajasthan.

The candidates are reportedly scheduled to visit Ajmer Sharif during their stay in Rajasthan.

AIUDF chief Badruddin Ajmal, prior to flying to Mumbai on a SpiceJet flight from the LGBI Airport on Friday morning, expressed confidence that the Mahajot, of which his party is a part of, would form the government. “This will be apparent on the evening of May 2, the day of counting of votes,” Ajmal said.

Asked about the possibility of horse trading, Ajmal said “Those who have a habit of horse trading will do so, but till now no one has approached us… The day we form the government, many will contact us…”

It may be mentioned that both the BJP-led “Mitrajot” and Congress-led “Mahajot” have been making contradictory claims of achieving majority to form the government even as the talk is that the “contest” is still wide open.