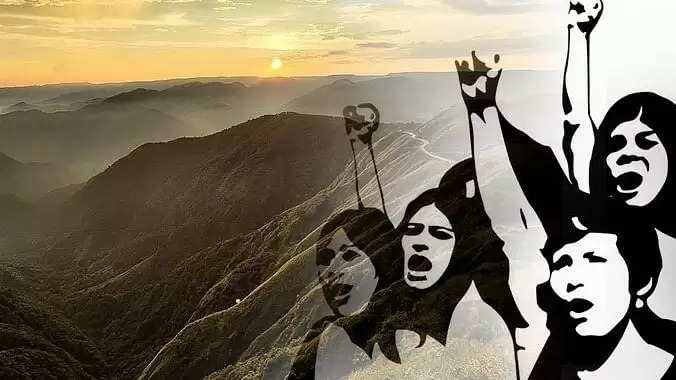 Meghalaya, one of the most exquisite travel destinations in the country, has been in the media spotlight from time to time over the years. Be it because of the tag of Asia's cleanest village in Mawlynnong or being recognised as the "favourite emerging destination in India" at the Conde Nast Traveller India Readers’ Award, 2019, the "Abode of Clouds" has always garnered attention for being a paradise for tourists. However, in the past few months, the state has been in news for "something" which may affect its tourism scenario badly.

Complaints and allegations have poured in from various circles in the recent past that people of the Bengali community are being harassed in different areas of Meghalaya. This has resulted in fear among a large section of tourists of Barak Valley, Assam.

Meghalaya, particularly its capital Shillong, as such may witness a drop in the number of visitors from this valley in the upcoming occasions of Christmas and New Year.

Shillong, considered widely as the most beautiful and lively place in Meghalaya, draws hordes of tourists from Barak Valley every year. The footfalls increase much more during occasions like the Cherry Blossom season, Christmas and New Year. The Bacardi NH-7 Weekender, a popular annual music and food fest, in Meghalaya, also attracts massive crowds from the Bengali-dominated Barak Valley.

Sharing his reaction over the issue (of alleged atrocities on Bengalis in Meghalaya), Sadhan Purkayastha, state secretary of Amora Bangalee, claimed that Bengalis have been facing harassment in different parts of Meghalaya, especially in areas like Bholaganj and Ichamati in East Khasi Hills district, for the past two months.

Talking about tourism, Purkayastha said tourism would be adversely affected in Shillong, or for that matter in Meghalaya, in the coming days. "A huge number of tourists (Bengalis) from Barak Valley and West Bengal visit Shillong, Cherrapunjee and Dawki throughout the year. There will certainly be a slump in the number of visitors if the illegal activities are not stopped soon," Purkayastha said.

Members of the central committee of Amora Bangalee had on October 3 staged a protest in front of Meghalaya House in Kolkata against the alleged atrocities on Bengalis in Meghalaya. A delegation of the organisation met the Meghalaya House's officials and submitted a memorandum to the then Meghalaya Governor Tathagata Roy seeking his intervention. The organisation has launched a number of such other movements in this regard.

Rupam Nandi Purkayastha, the adviser to the All Cachar Karimganj Hailakandi Students' Association (ACKHSA), said Bengali tourists from Barak Valley, Tripura and West Bengal go to Meghalaya in large numbers every year, particularly during fests and occasions, but people will now be afraid of visiting there with reports of Bengalis getting harassed in the neighbouring state. "This will definitely have an impact on tourism. The Meghalaya government will lose revenues because of a sharp drop in the number of tourists," he claimed.

He said a large number of people of this valley also visit Shillong for medical treatment at the North East Indira Gandhi Regional Institute of Health and Medical Sciences (NEIGRIHMS), but they will feel unsafe going there. He urged the Meghalaya government to ensure that peace is restored in the state.

Abhishek Chakraborty, a businessman of Silchar town and a regular visitor to Meghalaya, said Shillong and many other splendid places in Meghalaya, which are easily reachable in six to seven hours by road from Barak Valley, are perfect for vacations, but these recent incidents have caused anxiety among people here. "I personally visit Shillong, mostly for vacations, multiple times in a year. But after the recent harassment on Bengalis, I don't feel safe going there," he said.

Biprajit Bhowmik, a resident of Silchar and a travel buff, said he often visits different places with his friends and that Shillong is one of his most favourite travel destinations. "We (he and his friends) were planning to spend this Christmas and New Year in Shillong. But we dropped the idea after seeing news reports about Bengalis being harassed and tormented there," he said.

Nilotpal Bhattacharjee, who works as a media officer with an intergovernmental organisation and stays in New Delhi, said, "I am very disappointed with the recent developments in Meghalaya. It's not at all right. Whenever someone asks me about Northeast India in my office, I always suggest them to visit Meghalaya. Shillong has always been one of my favourite destinations to visit during the holidays. Considering the recent incidents, I will now be a bit hesitant to visit Shillong and will think twice before recommending someone else." He added, "I hope the civil society organisations will come forward and raise their voice against the alleged atrocities. It's now the government's duty and civil society organisations to restore the faith of the tourists."

Paulami Dasgupta, a homemaker from Kolkata, said she was about to visit Shillong with her husband to celebrate New Year, but now it is unlikely to happen. "All these (incidents) are leaving a bad impression of Meghalaya among people. Tourists will hesitate to visit there if the situation does not change soon," she said.

Meghalaya witnessed the re-emergence of the Ichamati incident after three individuals submitted a memorandum to the Governor, Satya Pal Malik in October, alleging harassment to Bengali-speaking people in Ichamati-Bholaganj under Meghalaya’s East Khasi Hills district, levelled by a section of people.

Fresh controversy was sparked after members of the Khasi Students’ Union (KSU) put up posters in Shillong that read, “All Meghalaya Bengalis are Bangladeshis” and “Khasiland for Khasis; Foreigners Go Away". The posters were later removed by police.

The alleged cases of harassment is believed to be an outcome of the death of a KSU activist in a clash at Ichamati (which is inhabited mostly by Bengalis) on February 28 this year.

It may be mentioned that tourism, which plays a vital role in leveraging economy and enhancing livelihood in Meghalaya, took a nosedive after the COVID-19 outbreak. Hotels, restaurants, bars and sightseeing spots, which usually remain abuzz with visitors, remained closed for many months. This adversely affected the people, who depend on tourism for earning their livelihood. The recent alleged incidents of harassment may cause more damage to tourism prospects in Meghalaya.

Blessed with bountiful nature, waterfalls, caves, forests and wildlife, Meghalaya has a large number of attractions - the most beautiful of them being Shillong, also known as "Scotland of the East".