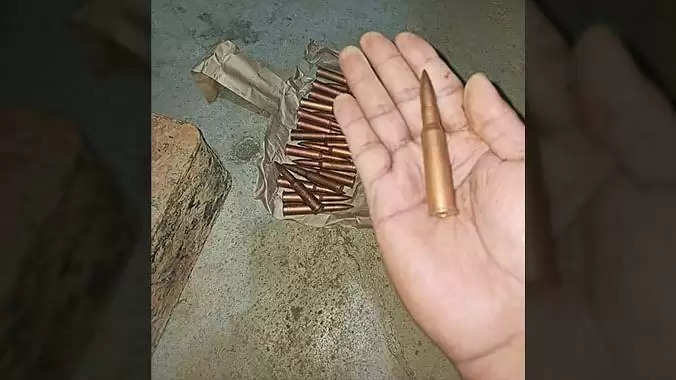 In another breakthrough by the Meghalaya police, a huge stash of high caliber ammunition were recovered on November 10 under Sangkinigre police station in South Garo Hills (SGH).

Police suspect the weapons to have been hidden by the Garo National Liberation Army (GNLA).

According to the district police chief, Priyangshu Pandey, the recovery was based on an input from a source on the location. Three boxes of high caliber bullets (numbering 1260) were recovered from the site.

“We suspect it was hidden by GNLA militants and a case has been registered at the local police station in Sangkinigre. An investigation into the matter is currently on,” said the SP.

This is the second such recovery by the police of hidden weapons of the GNLA. The area of recovery was a hotspot for militants when militancy was at its peak in Garo Hills.

Also Read: Sanctioned in 1997, this road in South Garo Hills is yet to see the light of the day