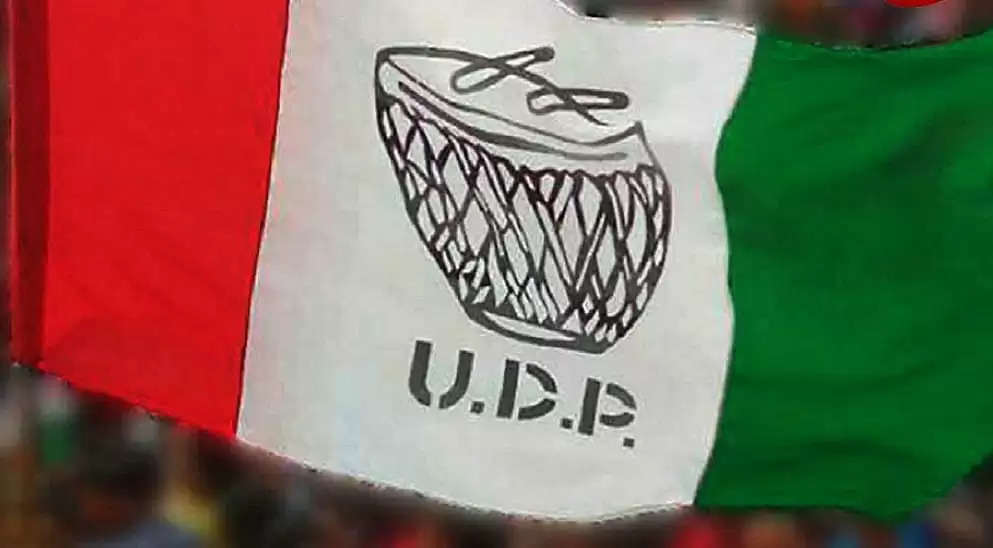 The United Democratic Party (UDP) Youth Wing, Ri Bhoi district on Thursday has hit back at the National People’s Youth Front (NPYF) over the "opportunistic" remark made against the Party's General Secretary Jemino Mawthoh.

UDP Youth Wing, through the press communiqué, expressed that the statement of the NPYF against the UDP General Secretary is biased and diverting from the present issue that the people of the state were facing because of the power disruption and other related issues.

Sumarlang Swer, UDP Youth wing of Ri Bhoi stated that Mawthoh's demand for ousting James Sangma from the Power Minister post, is appreciable as the minister "has failed to take up the matter seriously relating to the power crisis in the state", adding that, the allegation of the NPYF was biased with the intention of upholding the stand of their party minister.

The UDP Youth Wing has also questioned the implementation of the One Time Settlement Scheme (OTSS) as neither the BPL or APL families are getting any benefit through the scheme.

"Or this scheme has been an utmost benefit to the factories and companies in the state?" the communiqué read.