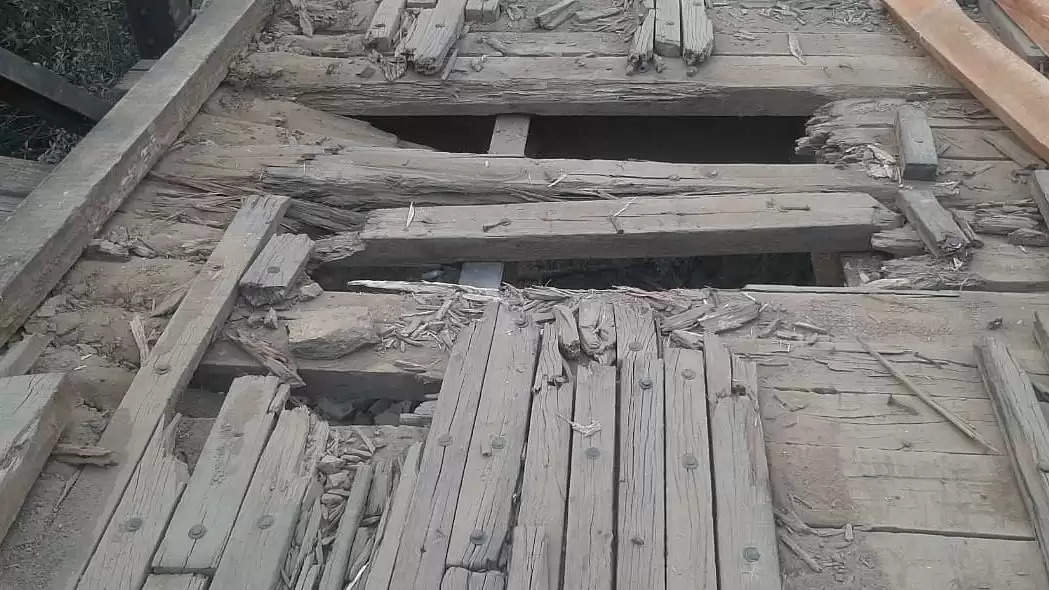 The Federation of Khasi Jaintia & Garo People (FKJGP), Rambrai Circle, expressed its concern over the dilapidated condition of the timber bridge of the Public Works Department (PWD) at Syllang under Mawrusyiar village in Meghalaya’s West Khasi Hills district.

“The bridge has deteriorated so much that there is every possibility of a mishap at any moment,” Nongphud said.

“Drivers have to come out of their vehicles to cover the hole with a small piece of timber before crossing the wooden bridge,” he said.

The FKJGP also demanded the office of the Executive Engineer, PWD (Roads), Nongstoin Division, to repair the bridge at the earliest.