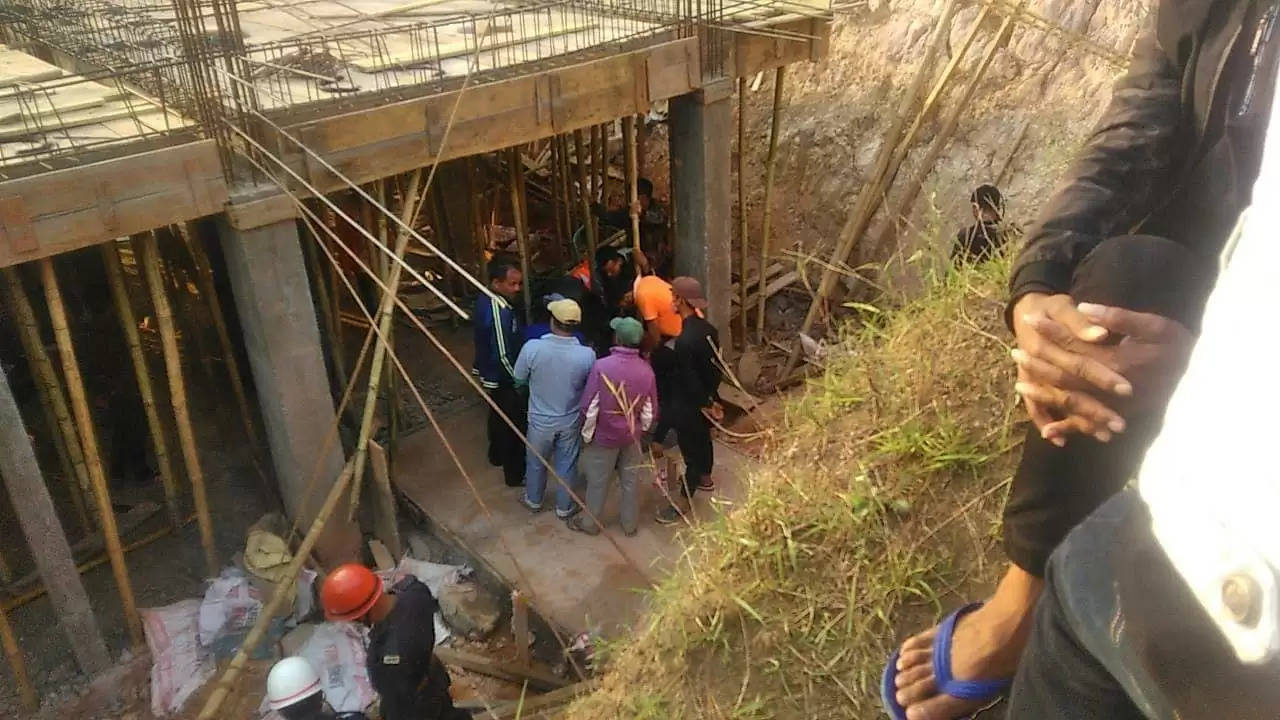 All the dead bodies of the four persons, including an officer of the Forest Department, that were trapped inside a borewell at Lumpyrtuh Mihmyntdu in West Jaintia Hills (WJH) district, Meghalaya on Monday, have been retrieved and sent for post mortem, police informed.

According to WJH Superintendent of Police Bikram D Marak, one of the rescued individuals has been discharged from hospital but is still in a state of shock.

“We are yet to record his statement as he is not in a condition to speak,” Marak told TNT-The Northeast Today on Tuesday.

Seven persons were trapped inside a borewell at Lumpyrtuh Mihmyntdu while attempting to clean the well on March 29 afternoon.

“The place of occurrence is a construction site belonging to an officer of the Forest Department posted in Shillong, Hamklet Suchiang of Raliang village. It was learnt from the relatives of the owner that there were seven persons trapped inside an approximately 30 feet borewell,” Marak said.

The team managed to rescue three persons, two of whom are alive and immediately rushed to Woodland Hospital in Jowai, the headquarters of WJH.

“One of the rescued individuals, Bunlad Suchiang, 29, of Raliang village, was declared brought dead at Woodland Hospital,” the district police chief added.

“All the bodies were sent to Ialong Civil Hospital for observing formalities. They will be handed over to the family members once post mortem is completed,” Marak added.

He also informed that the entire borewell area is covered with an 8X6 square feet concrete slab whereby the inlet is 3X3 square feet, and the depth is approximately 30-35 feet deep.

On further enquiry, it was learnt that the workers went inside the borewell to clean the well using a diesel-operated water pump.

“It is suspected that due to the emission of the smoke from the water pump, the labourers must have suffocated and drowned to death,” the SP said.