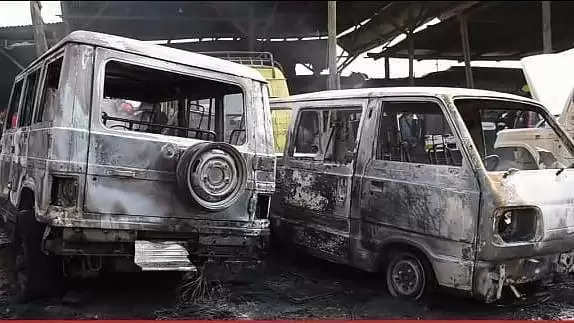 Two vehicles were gutted inside an automobile workshop at Mairang Mission in West Khasi Hills district.

Sources informed that the fire broke out around 1:30 pm on March 30.

The workshop belongs to Striker Marbaniang of Manai village.

A Maruti van along with one Mahindra Bolero were completely damaged, while two other cars parked near the workshop were partially damaged.

Sources informed that the cause of the incident was because of a short circuit in the welding machine.

The total loss, according to sources, was Rs 6,50,000, and no casualties were reported in the incident.