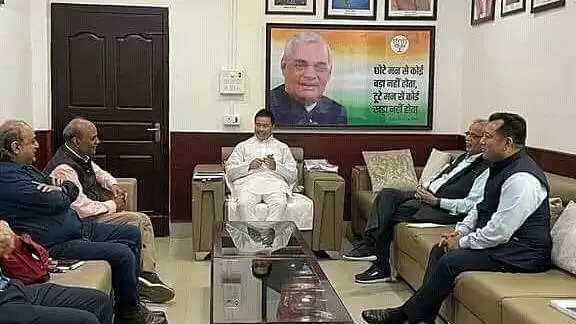 During the meeting, the PCI team provided several suggestions to strengthen the media fraternity in the state.

“The media is the fourth pillar of democracy and has an important role to play in safeguarding and building the nation towards peace and development,” Singh said.

“It is of utmost importance that news reports are balanced and not one-sided,” he added.

The PCI team, on March 24, called on the Director-General of Police, Manipur, L.M Khaute, and interacted with members of the All Manipur Working Journalists Union, Editors’ Guild Manipur and Manipur Hill Journalists’ Union at the office of the Directorate of Information and Public Relations.

We may note that the PCI team is in the state to put in place guidelines on reporting for the media and security forces.