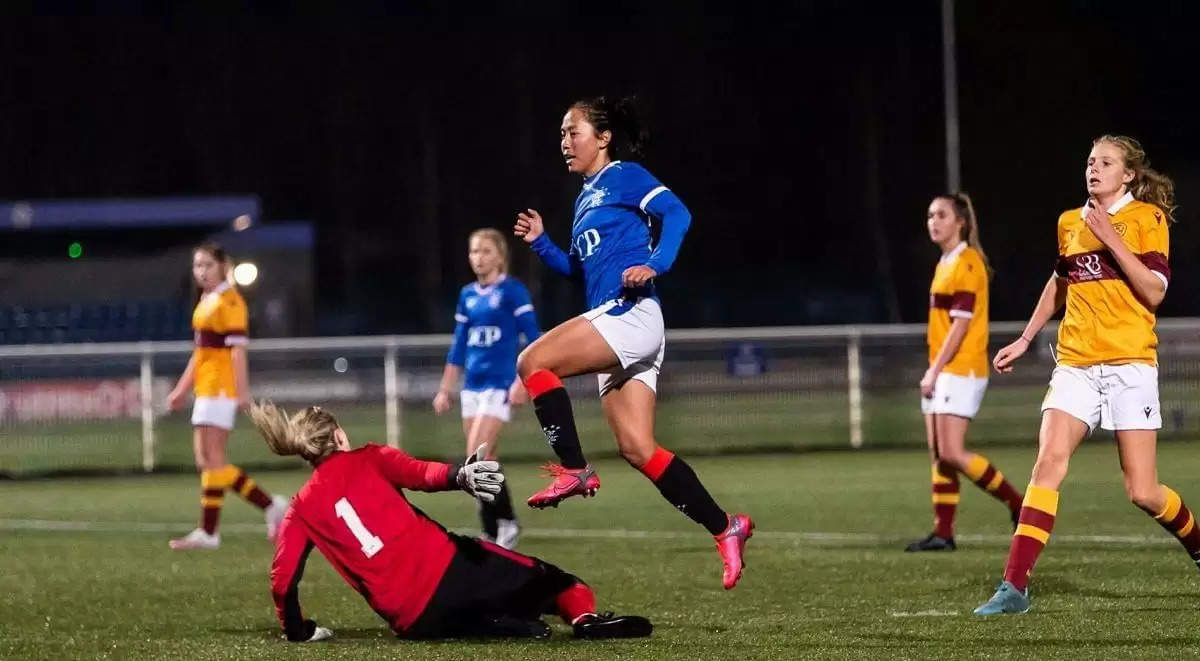 Manipur’s Ngangom Bala Devi won her first competitive goal for Rangers at the 85th minute in their 9-0 win against the Motherwell Rangers Women’s Football Club on Sunday.

The 30-year-old Devi is also the first Indian woman to play professional football for a European club.

She had also received the All India Football Federation (AIFF) Women’s Player of the Year Award in 2014 and 2015.

She holds the rank of constable in the Manipur Police Force, but the state government under Chief Minister N. Biren Singh has promoted her to Inspector because of her recent feat.