Naorem won gold in the 51 kg category, while Sanamacha won the same in the 75 kg category. 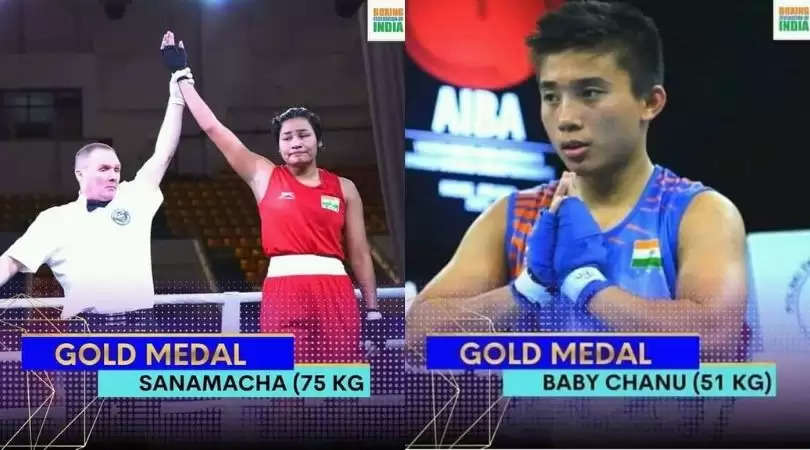 Naorem won gold in the 51 kg category, while Sanamacha won the same in the 75 kg category.

India won a total of 7 gold medals out of 10, leading the table with the highest number of gold medals in the championship.

Elated at the feat, Sports Minister Kiren Rijiju tweeted, “It’s a historic moment as Indian Youth Women Boxers won gold in all 7 categories at the AIBA World Youth Boxing Championships in Poland, putting India on the top of the medal tally. My heartiest wishes to all the winners!."

The first and second round between Sanamacha and Diday witnessed an equal level of competition, with both boxers tied neck-to-neck against each other.

However, in the third round, Sanamacha picked up some vital points with the right jabs and eventually emerged as the winner.

In the second game of the flyweight category (51kg), Naorem Babyrojisana Chanu displayed some excellent skills against Russia’s Valeria Linkova.

Naorem was aggressive in her attack and kept the Russian boxer at her toes till the very last moment. Chanu’s excellent left-handed hook was one of the highlights of the second round and she was able to share her power well to win the next gold medal for India.