The small tribal village in Tamei sub-division of the district has only 37 houses and a small population. 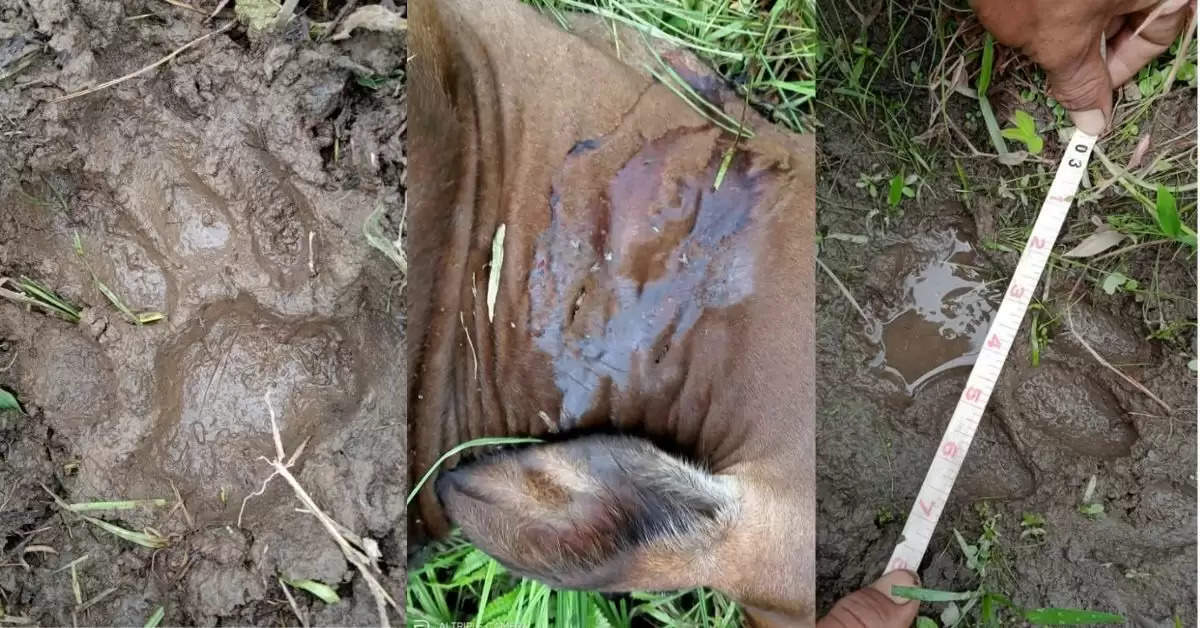 Residents of Kuilong village in Tamenglong district of Manipur were left in a panic situation, after a tiger attacked a herd of cows in the jungle near the village, killing at least three of them.

A local resident of the village Dichambou Pamei, informed that the cattle attack by the wild cat near Kuilong village happened on Tuesday.

"This year, this is the first such incident reported. The wild animal's pawprints were often spotted in the forest by the villagers. Last year, similar incidents were reported where the wild animal had killed four cattles in the forest," Pamei said.

The small tribal village in Tamei sub-division of the district has only 37 houses and a small population.

On Thursday, Manipur Chief Minister N. Biren Singh said that there is a possibility that a Royal Bengal tiger would be present in the mountainous forests of the State.

"From the pugmarks which measured seven inches, it is deduced that the big cat could be a Royal Bengal tiger," Singh said, based on the initial investigation of the attack by officials.

The owners of the dead cows from the village Namsihou Panmei, Suipingbou Abonmai and Jailakiu will be compensated. The government will extend all possible help to the district administration in tracking down the tiger, Singh informed.