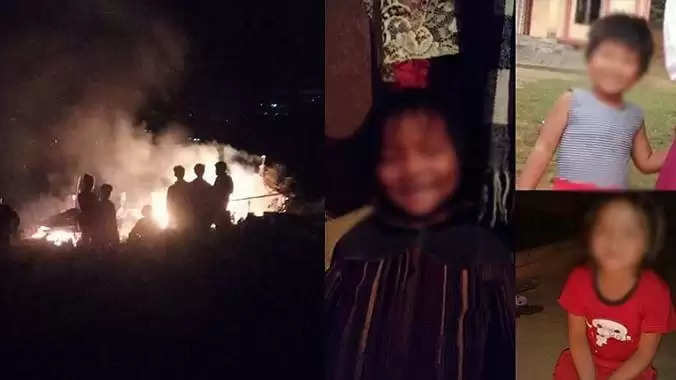 Three minor girls were charred to death and one minor boy sustained burn injuries in the jungle of K.Mouljol, near Keithelmanbi in Kangpokpi district of Manipur on Wednesday.

The injured boy has been identified as Seiminlal Tuboi, who is currently undergoing treatment at Raj Medicity in Imphal.

According to sources, the boy has sustained 90 percent burns and is in a critical condition.