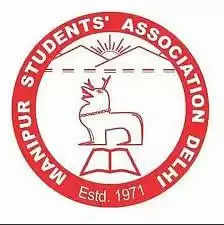 The Manipur Students Association, Delhi (MSAD) has come out with a statement asking for immediate redressal from the concerned authorities towards the Meiteis (Manipuri) and Meitei Pangals (Manipuri Muslims) who it says are deprived minorities in Assam in their struggle for survival and upliftment.

It further stated that the Meiteis and Meitei Pangal in Barak valley and those scattered in the districts of Dima Hasao, Nagaon, Morigaon, Kamrup, Karbi Anglong, Tinsukia, and Jorhat in Assam who share a common language, socio-cultural norms and traditions, have been struggling for their own survival.

Without political safeguards, it is said that the people have been facing an unrestricted loss of their own land in the hands of migrant influx.

Also, it says that there are cases of Manipuri medium schools on the verge of shutdown because of low performance, instead of taking up measures to strengthen the same, depriving the people to study in their own language. Their voices concerning social and economic deprivation and impoverishment have nowhere been highlighted.

Thus, MSAD in the statement have called upon the attention of the concerned authority to look into this matter at the earliest.