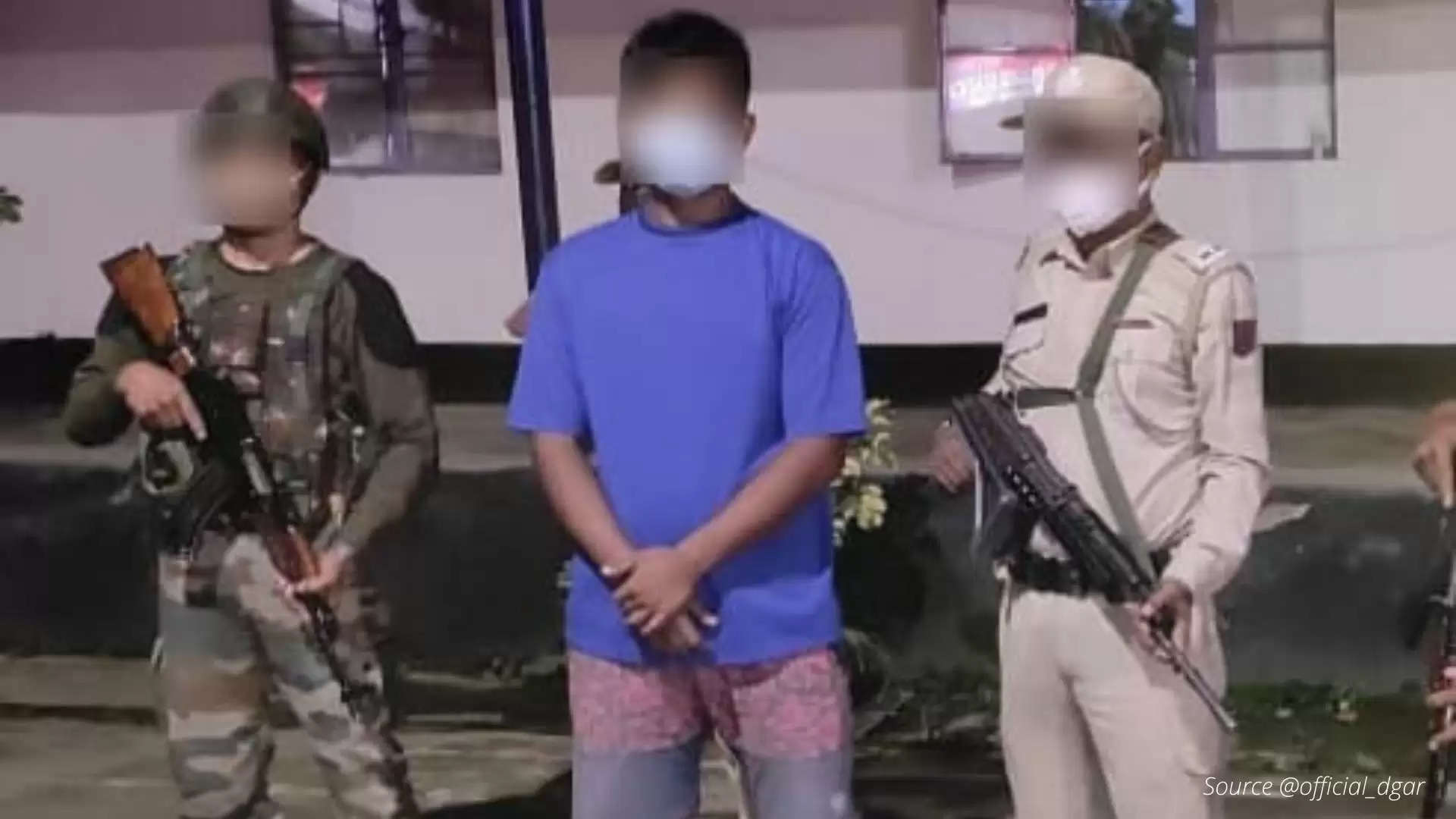 In an operation carried out by a combined team of Assam Rifles and Manipur police, an active insurgent of proscribed militant outfit Zeliangrong United Front (ZUF), J group was arrested from Imphal West district, Manipur, officials said on Thursday.

According to a press release issued by the office of the Inspector General of Assam Rifles (South), the ZUF cadre was apprehended from Tarung village on Wednesday.

The Assam Rifles in a tweet said, "Mantripukhri Battalion of #AssamRifles, on 15 Sep, in a joint operation with Manipur Police apprehended an active insurgent of proscribed group ZUF(J) from Tarung Village, Imphal West, Manipur" (sic).

The release further added that the arrested militant was handed over to the Lamphel police station of Imphal West for investigation and legal action.