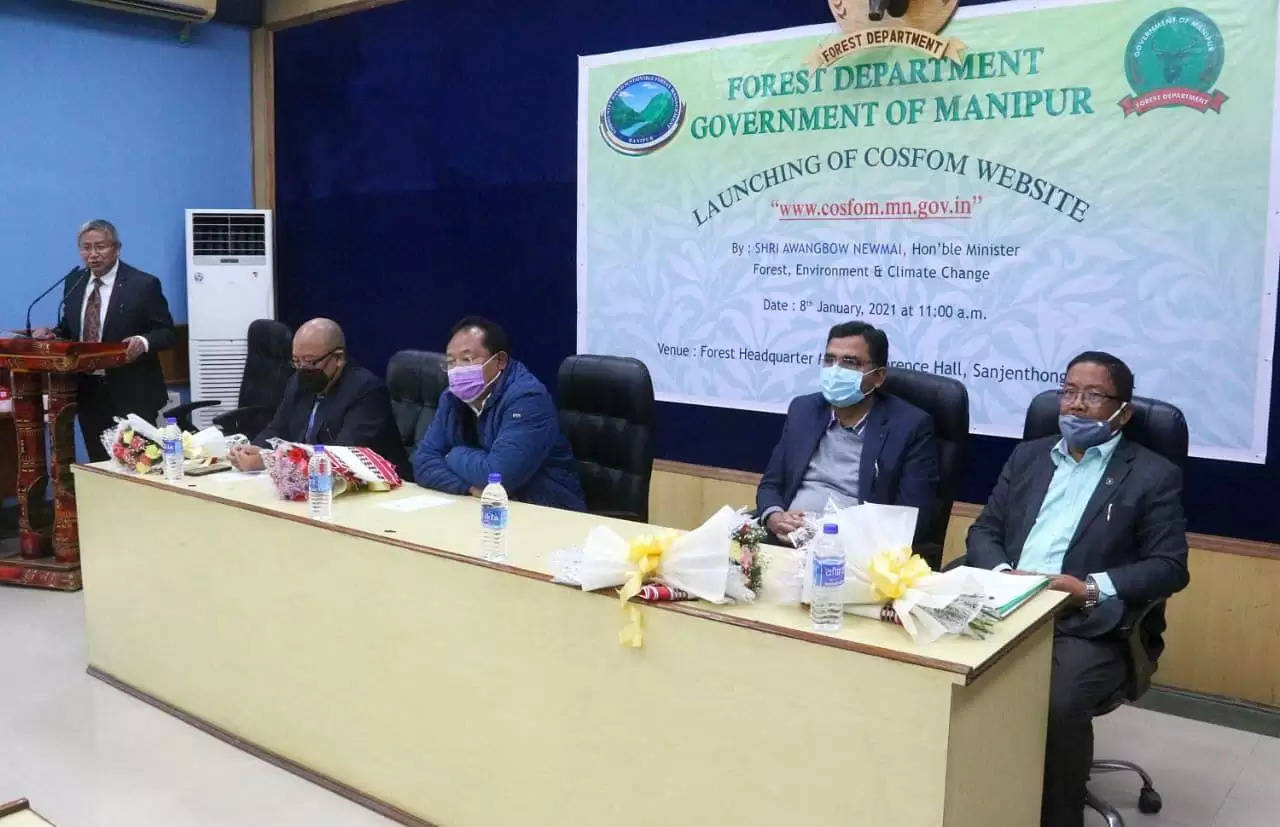 In his address to the gathering, Newmai congratulated the entire team and stated that he hoped the website would facilitate the project.

“Although the project is in the initial stage covering the two districts (Ukhrul and Kangpokpi divisions), I hope that the project will cover all the districts soon,”, he added.

“The implementation process of the project took almost four years, and the department was persistent and consistent in pursuance of the project trying to fulfil all the needs and conditions put in by the funding agency,” Kereilhouvi Angami, Principal Chief Conservator of Forest said.

COSFOM is a project of the Government of India supported by the Federal Government of Germany through KfW, a German development bank in Frankfurt with the Manipur Forest Department as the executing agency.

It is managed by the Community Forestry and Water Conservation Society-Manipur.