EDITORIAL | Should Home Minister Amit Shah focus only on Assam and Manipur? 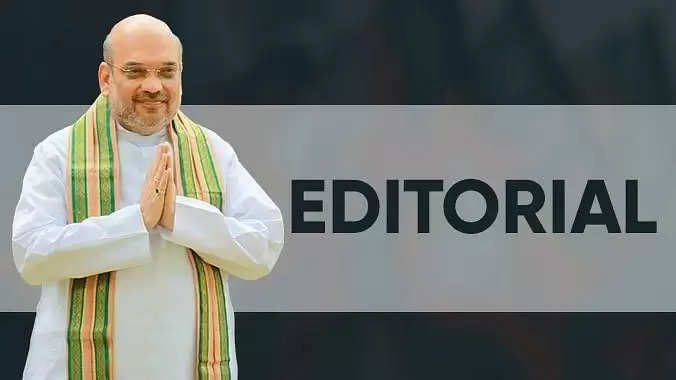 Home Minister Amit Shah’s visit to Assam and Manipur is a political textbook manoeuvre, with the NSCN-K (Niki Sumi) faction trying to forge a truce with the Union government, keeping the Naga Peace Accord alive and the election in Assam scheduled for April-May 2021.

It has been a tough year for the world, focusing on our backyard though, the forces which have divided us (caste & religion) seem to be on a dormant stage.

The Act East Policy of the Central government towards the northeastern part of the region should cater to all levels, especially with the rise of unemployment because of the COVID-19 pandemic which has disrupted supply chains.

But old school warriors would find it difficult to adapt if there was a shift in the work culture towards a more technology-savvy environment.

We should not see Assam and Manipur from the lens of the Home Minister as two pivot states (including Nagaland) but the hand-holding process should cater towards all other states of the region.

What about the Bru resettlement issue of Tripura or the proposal for peace talks of Meghalaya’s proscribed outfit - Hynniewtrep National Liberation Council (HNLC)?

On the sidelines, the Home Minister mentioned that there has been a downslide in terms of the threat from insurgency-related crimes over the last six years.

To make amends towards a sustainable future for the planet, threats are not from only tactical aspects such as domestic terrorism to cyber warfare but the area of dominance on global warming, land degradation, superbugs and antibiotic resistance.

Solving these core issues should be the central government’s strategy in northeast India because political muscle should not be flexed only in times of need to garner votes.