Drug busts in Manipur lead to arrest of five persons 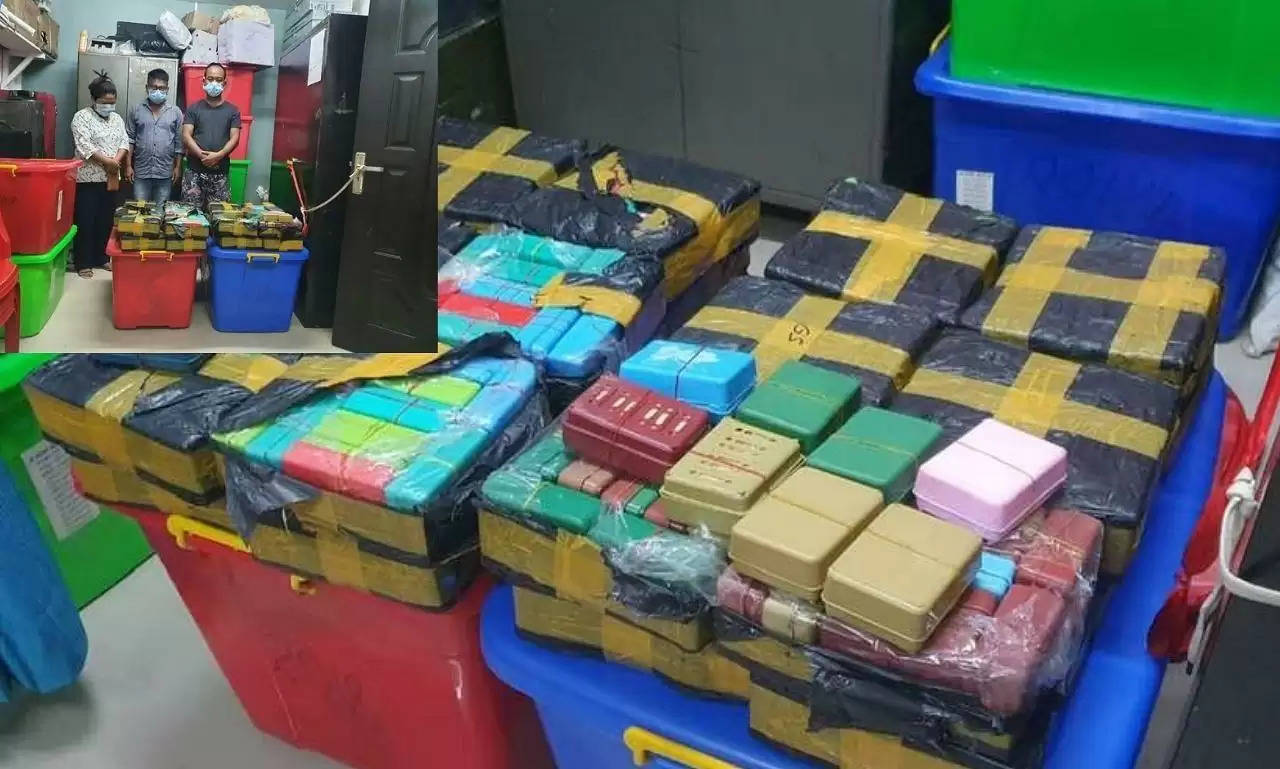 A team of Narcotics and Affairs of Border (NAB) on Friday arrested four people, including two women with 273 soap caps containing about 3.412 kg of suspected heroin powder in Imphal West district of Manipur.

The arrested persons have been identified as Yumnam (O) Noni of Moreh and RK Devi of Thangmeiband, Thounaojam Brojen of Kakching and Laishram Rabichandra Singh of Heingang.

NAB had initially arrested the two women, who during interrogating revealed the identity of the two other men who were supposed to receive the consignment from them.

A case has been registered under NAB PS in this regard.

In another incident, Tengnoupal District Police recovered 1 kg 296 grams of brown sugar from a Maruti Alto car bearing registration No. MN05A 9725 which was on its way to Imphal from Moreh.

The driver, identified as Md Salim Khan of Sora in Thoubal district, has been detained and drugs seized.

The Tengnoupal District Police also seized another 50 packets of brown sugar from a purple Hyundai Verna bearing registration No. WB 26R5634. The driver has been identified as Laljuithang Gangte (20) of Moreh Ward No. 9 in Tengnoupal District.

Altogether 103 packets of brown sugar were seized. Police informed that the drugs were to be delivered to a person in Motbung. A case has been registered in this regard.

In another incident, 35 cartoon boxes of banned Instacodin cough syrup were found from a Tata truck bearing registration No. AS01JC-7697 during vehicle checking at Leingangpokpi in Jiribam along NH-37.

A case has been registered at Jiribam police station for further investigation.