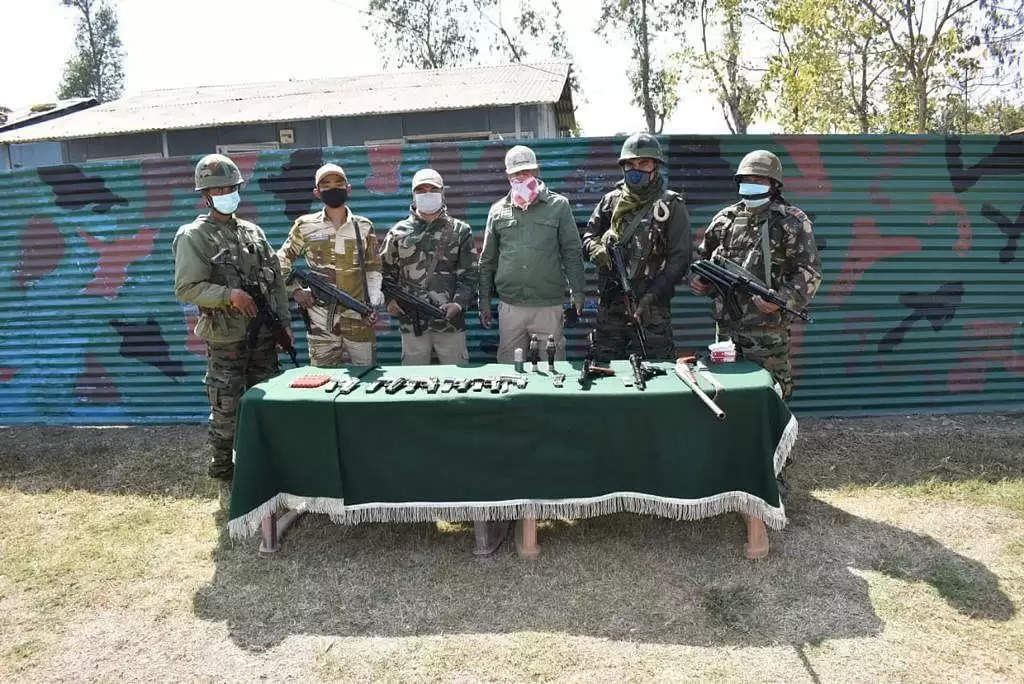 Troops of the Assam Rifles, Thoubal Battalion, unearthed a huge cache of weapons and ammunition from Kamiching region in Manipur’s Thoubal district on Wednesday.

According to sources, they launched a joint operation with Imphal East Police commandos on February 2 based on credible intelligence regarding the establishment of an arms cache in Kamiching area of Thoubal District.

Following an extensive search, the team discovered the cache on Wednesday morning.

They also recovered two Chinese rifle grenades and one Lathod round.

They handed the arms and ammunition over to Andro Police Station for further investigation.