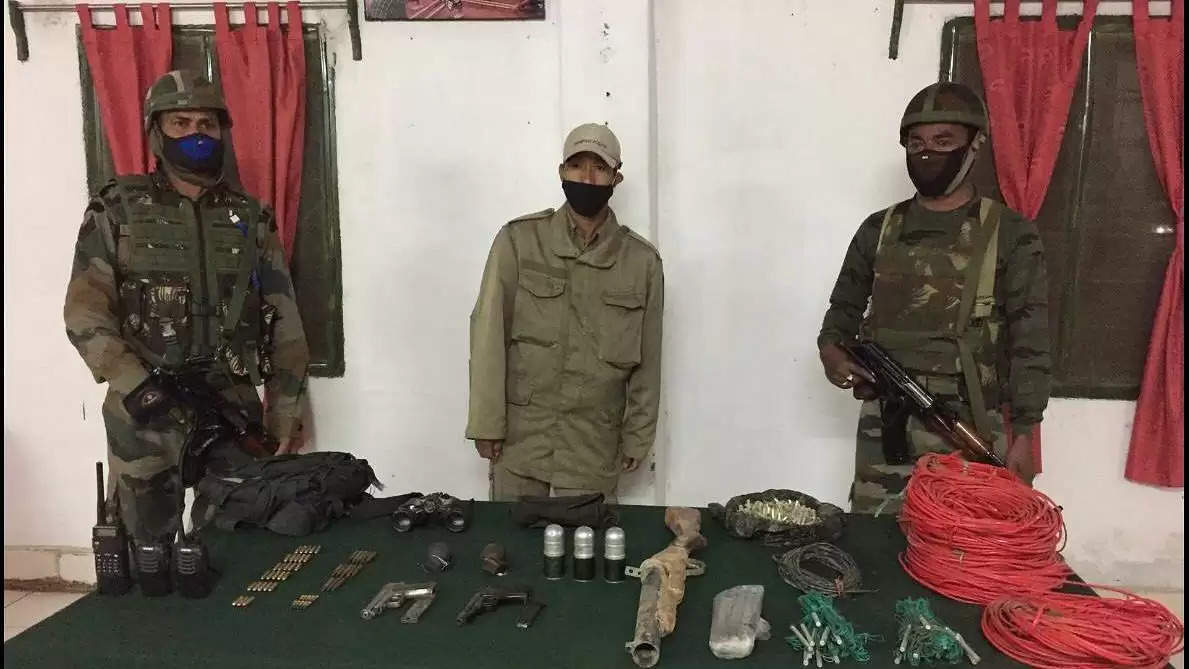 Assam Rifles and Manipur Police recovered a huge cache of arms and ammunition from Nungnag village in Nonei district of Manipur on January 3.

The intelligence-based joint operation by the Assam Rifles and Manipur Police led to the recovery of one Lathode rifle, two pistols, live rounds, three radio sets and raw material to make IEDs.

The recovered items have been handed over to the Imphal West Police station for further investigations.