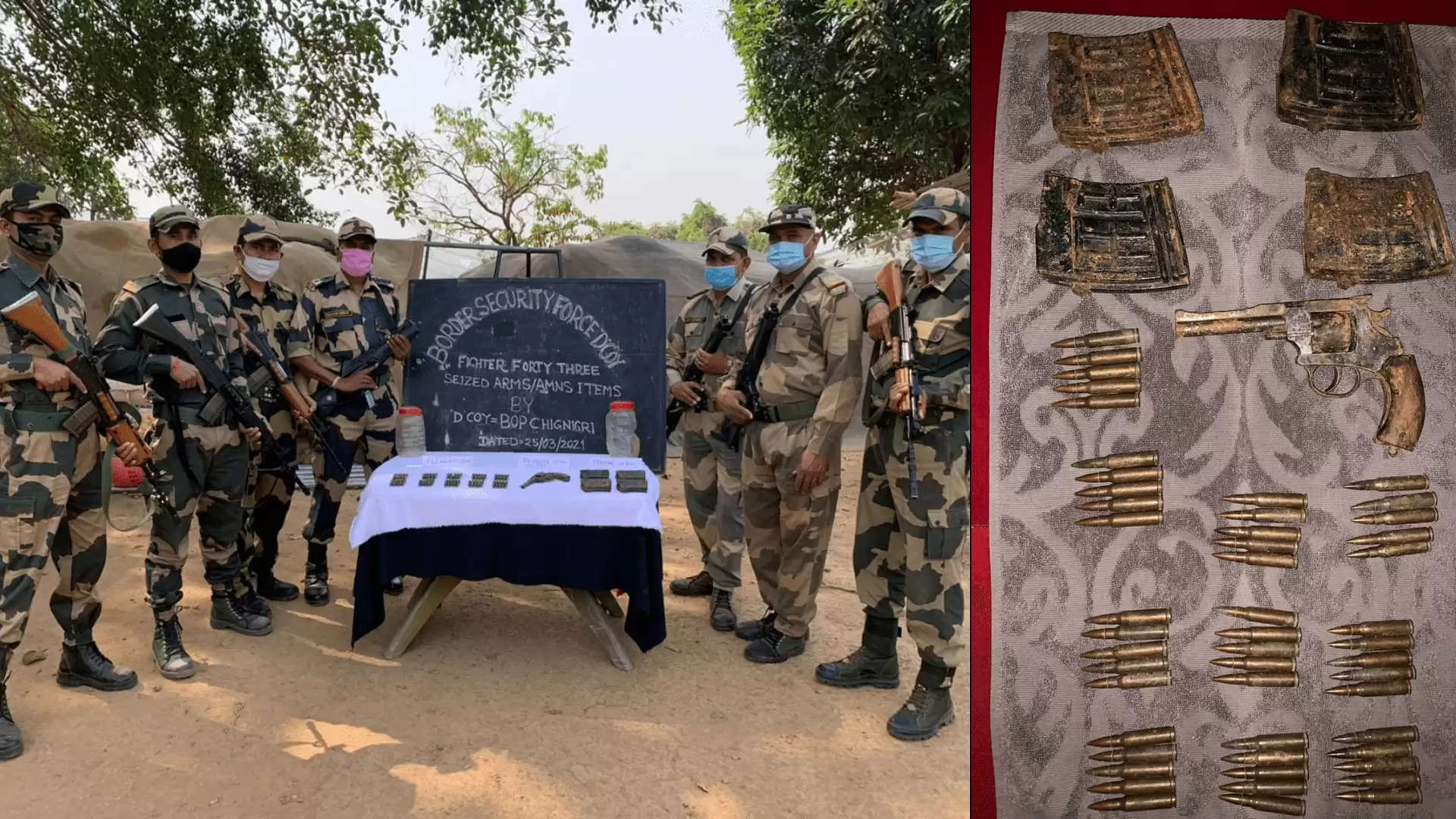 Acting on specific information, BSF troops of Rongra and the 43rd battalion conducted a search operation at Chegnigre village.

According to the Inspector General of BSF-Meghalaya Frontier, Hardeep Singh, the troops are still in the area to unearth more cache of arms and ammunition hidden by banned outfits in remote jungle areas.

"We hope that in future, more such successful operations will be conducted," he said.

The seized arms and ammunition have been handed over to Rongra Police Station for further necessary action.