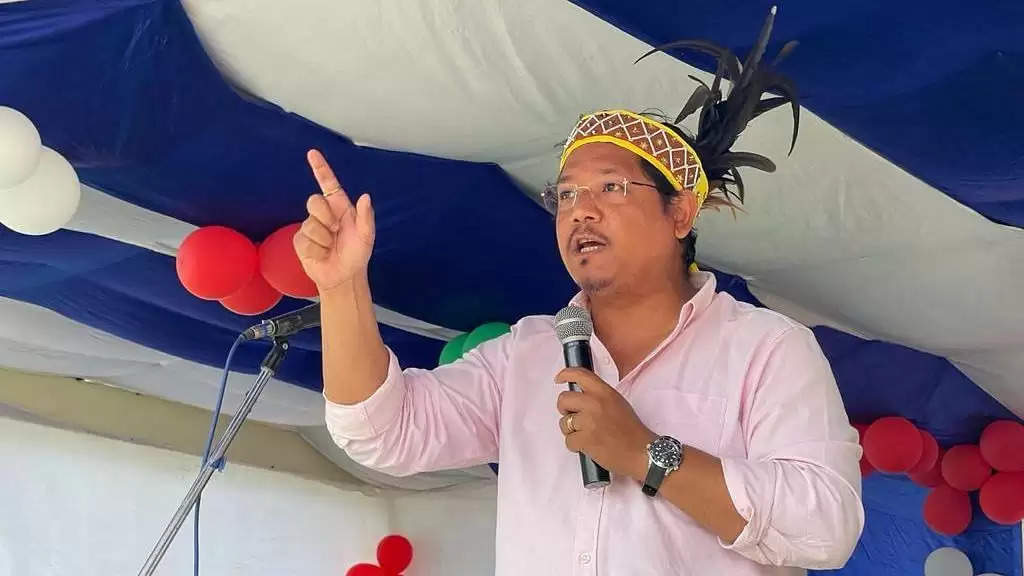 Meghalaya Chief Minister and National President of the National People's Party (NPP) Conrad K Sangma on Tuesday said that NPP would get an absolute majority in the ensuing GHADC election.

He made the remark while addressing an election rally at Dadenggre under the Jengjal GHADC constituency in West Garo Hills, where he was campaigning for party candidate Grahambell A Sangma.

Grahambell had lost the 2015 GHADC election with a margin of 46 votes.

Speaking at the rally, Sangma said that the wave of NPP across Garo Hills is "upbeat" and people are turning out in large numbers to support NPP.

He told the gathering that he has been touring different districts in the past eight days and has witnessed the mood of the people.

Sangma reiterated that to transform GHADC, people needed to "vote for the NPP and strengthen the party to lead the council."

Talking about the steps taken to reform the council, he said that NPP-led Executive Committee has initiated the measures and, the strategy to streamline the council was in place.

"However, due to paucity of time, it could not be materialised," the chief minister said.

He appealed to the people to bring the NPP back to power with an "absolute majority" so that the Executive Committee can complete the unfinished task to reform and strengthen the district council.