EDITORIAL | Myanmar coup d’état: How Mizoram comes into the picture 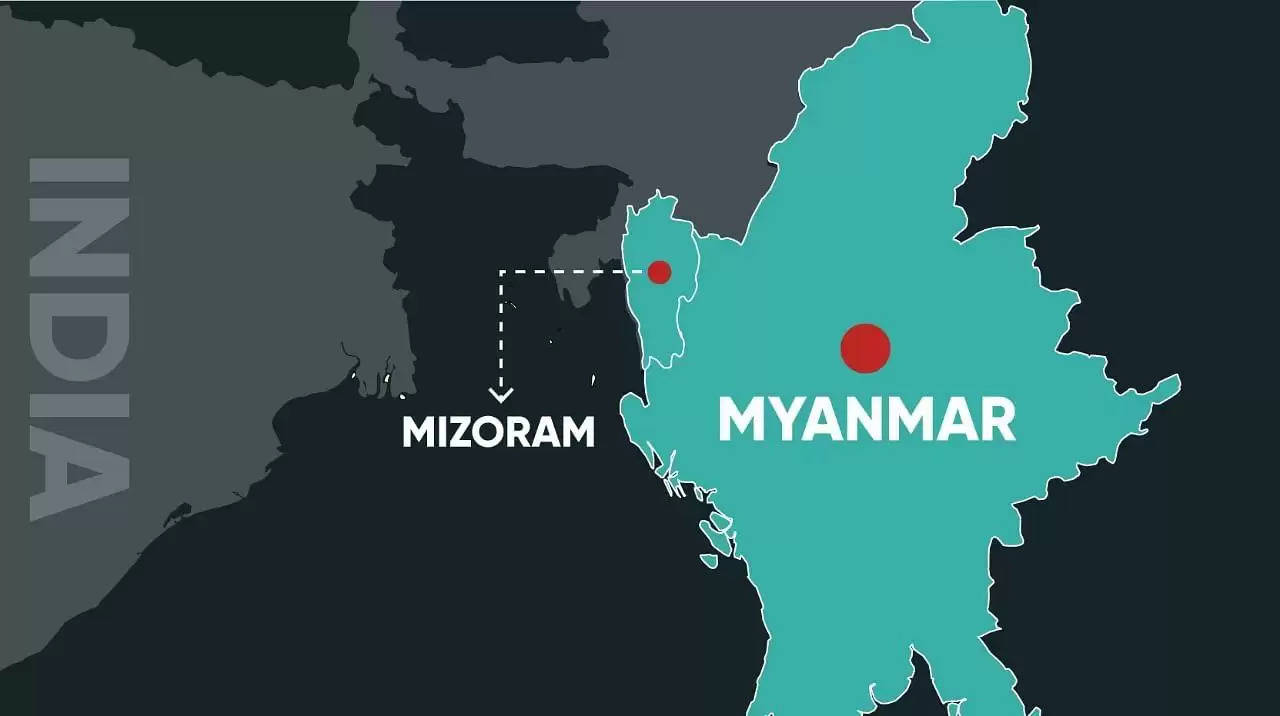 The Myanmar coup d’état (a sudden, violent, and illegal seizure of power from a government) began on the morning of February 1, 2021.

The Tatmadaw (Myanmar’s military) seized power from the democratically elected members of the National League for Democracy (NLD) and declared Commander-in-Chief of Defence Services Min Aung Hlaing as the leader of the new military regime.

The coup d’état also declared the results of the November 2020 general election invalid and President Win Myint and State Counsellor Aung San Suu Kyi were detained along with several other ministers, deputies and members of Parliament.

The coup signified the end of civilian rule and the start of military rule.

However, it was not long before civil resistance efforts emerged within the country in opposition to the coup.

The military handled the situation with an iron fist and, as of March 16, at least 184 people were killed and 1,700 have been detained. Three prominent NLD members also died in police custody.

Also Read: EDITORIAL | Meghalaya: Are we staring at cracks in MDA coalition?

How does Mizoram come into the picture?

Mizoram is a state in North East India that shares a 722-kilometre long international border with Myanmar and Bangladesh.

The people of Mizoram are called the Mizos and are spread throughout Myanmar and Bangladesh as well.

For those who do not know, the Mizos are among the most united people in North East India.

Champhai in Mizoram, throughout the years, served as a prime commercial hub where one could find Myanmarese goods in almost every nook and corner. It is a perfect example of the close ties shared between the people of Mizoram and Myanmar.

Myanmar refugees fled to Mizoram during the 1988 uprising when the military cracked down on protests. Indeed, many of the refugees continue to reside in Mizoram to this day.

We can safely say that the people of Myanmar always considered Mizoram the safest place to be.

For instance, in 2007-08, the people of Myanmar turned to Mizoram during the rodent infestation that led to a famine.

Also Read: EDITORIAL | Painting the Sand: Is Peace real this time for India and Pakistan?

In 2015, floods engulfed the towns in Chin State and Sagaing Division.

In response to this, Mizoram provided aid to the flood victims that made headlines on every news channel, national and local.

The ethnic ties that have withstood the test of time cannot be forgotten in just a day. These ties hold the people of these two countries together as they all share a bond of closeness that cannot be broken, irrespective of boundaries.

The CM had earlier written to Prime Minister Narendra Modi urging him not to ignore the humanitarian crisis in the neighbouring country.

Similarly, social organisations in Mizoram have condemned the actions of the Indian Government in denying asylum to Myanmar citizens amid the military coup.

They have demanded the Centre to withdraw its military forces from the Indo-Myanmar border and, to withdraw the notification to deport the refugees in Mizoram.

The Zoram People’s Movement (ZPM) stated that while India and Myanmar may have their borders, the consanguineous kinship of the Mizos knows no borders.