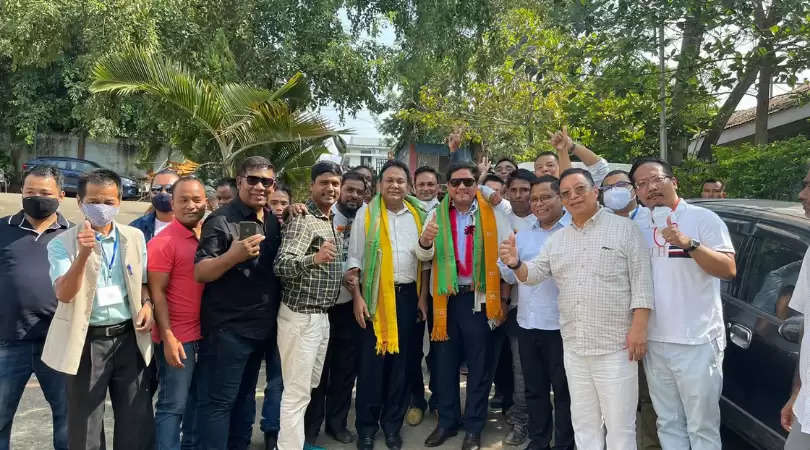 Delighted over the victory in the by-polls, National People’s Party (NPP) president and Chief Minister Conrad K Sangma on November 2 said that the people’s mandate in Meghalaya is very clear – they’re against the Congress.

Reacting to the poor performance of the Opposition in the by-polls to the three Assembly seats – Mawryngkneng, Mawphlang and Rajabala, Sangma said, “These results indicate the problem inflicting the Congress party, and how their future is getting bleaker.”

Stating that the Congress was divided into two groups in Rajabala and that the Opposition leaders and workers were actually working for the United Democratic Party (UDP) candidate, Sangma said, “I could see Congress leaders were working for the UDP candidate in the hill area. So, there was a clear division within the Congress party and I am sure that similar things happened in Mawryngkneng and Mawphlang as well.”

“Clearly this division, infighting and the blame game reflected in the bye-poll results. I must say that it is a very bad result for them and I am sure that the party leadership will think about how to repair and move forward,” he further added.

“I would like to thank the people of all the three constituencies, specially Mawryngkneng and Rajabala, for putting their faith and trust in the NPP. I would also like to thank the voters of Mawphlang who have voted in large numbers for the NPP and have elected the candidate of one of the coalition partners in the government (UDP), which is a direct mandate in favour of the government,” he said.

Stating that the by-polls were very tough for the party, the NPP national president said, “The reason I say this is because the NPP won the seats that have been traditionally won by the opposition Congress. As you have seen in previous elections, in both the seats, the NPP used to come third or fourth in rank.”

Sangma further asserted that despite the opposition tearing into NPP candidates during the election campaigns, the party did not speak against the Congress during campaigning.

“I had said we would like to work and play the politics of development; politics of progressive movement and run a campaign about issues of the people, and that’s how we have been doing it,” he said.

The Chief Minister also said that there was no pre-poll understanding between the NPP and the UDP during the bye-elections.

“There was no understanding as we were committed to our candidates and our party. We have always maintained that we are coalition partners and will always respect each other and work together towards the development of the state. Beyond that, when it comes to elections, wherever the UDP and NPP have to contest, we contest against each other with respect,” he stated.

“(Therefore), let them (new MLAs) first take the oath, settle down and meet their people. Then we will sit down and think of the future moves,” he asserted.