The organisation petitioned the Chief Minister requesting him to stop encroachment of land in the district by authorities in Karbi Anglong. 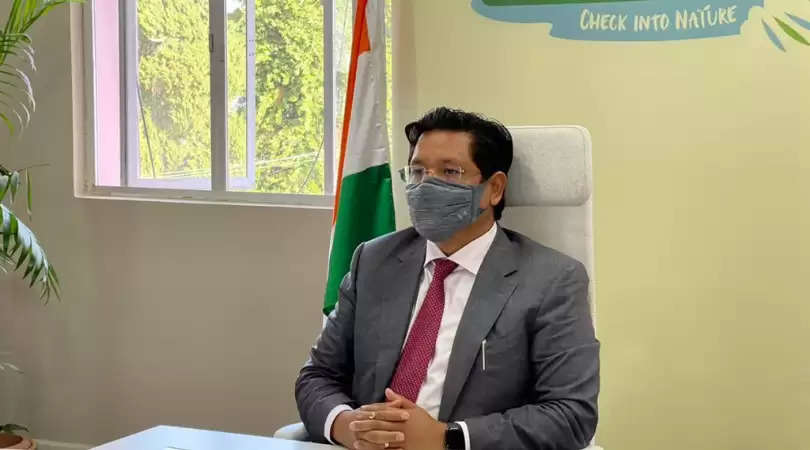 Recently, the Government of Assam, Karbi Anglong District, Block I, constructed a Police Outpost at Saba (Langhong-Sangdathli ) of West Jaintia Hills District. The construction of the outpost has raised a hue and cry among civil societies in Meghalaya.

“We went to meet the Chief Minister regarding the construction of a Police Outpost by the Assam government at Saba village, which is well within the Meghalaya border. The CM has given an assurance that the outpost constructed by Assam should be stopped immediately,” Sungoh said.

He said that the residents of Saba village who live near the outpost are from the Pnar tribal community and they do not want an Assam Police Outpost to be set up in the area.

The MLA has also alleged that the residents have been harassed from time to time by the Karbi tribe of Assam.

“Our CM also has recently given an assurance that they will set up an outpost at Barato village and let us see, maybe it will help our people,” he said.

The organisation petitioned the Chief Minister requesting him to stop encroachment of land in the district by authorities in Karbi Anglong, Assam and requested the CM to set up an BOP at Mukroh, which is a border area.

The organisation stated that prior to the inauguration of the BOP, the San shnong complained on April 27 this and reported to the Deputy Commissioner, West Jaintia Hills to stop the work immediately because the site that has been selected is on the Meghalaya side but no action was taken in compliance with their request.

The five villages include Barato, Mukroh, Saba, Maitdieng and Jonkynshur.

The organizations have mentioned the Assam government (Karbi Anglong District, Block) did not respect the previous Agreement to maintain “Status Quo” that no further work to be undertaken without prior information from the respective Government for the common interest in the Border Area of Block 1& 11.

In the letter, the Organisation alleged that in 2003, five farmers were killed in Mukroh village by the KNV (Karbi National Volunteer) for unknown reasons. They also alleged that on June 21, 2021, seven paddyfield huts were burnt down by unknown Karbi people including two at Saba (Synjrit) and five at Saba (Umrisang), farmers were obstructed from going to their daily work in paddy fields.